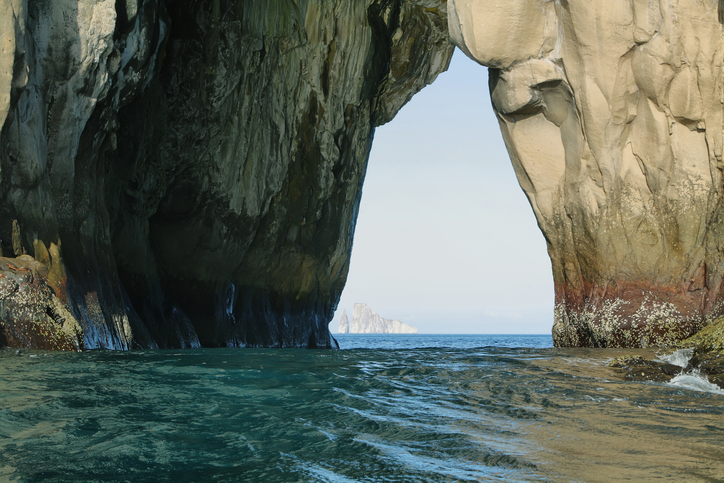 WHO KNOWS WHAT YOUR NEXT TRIP TO THE ISLANDS WILL UNEARTH—ARRR!

They may not have the same wacky wit as Johnny Depp’s Captain Jack Sparrow, but the pirates of the Galápagos had their share of adventures among the otherwise pristine islands. During the 1500s and 1600s—as Spain was busy collecting the wealth of the Incas and shipping it home—the pirates (or buccaneers, depending on whose side you were on) would attack the Spanish treasure ships and steal riches for their own country—or themselves.

The Galápagos became a favorite hangout for these pirates, who would retreat onto their private coasts, stock up on water and tortoise meat, and occasionally stash their goods among the volcanic caves. In particular, the spot just north of James Bay on Santiago is still known today as Buccaneer’s Cove.

The pirates were also seen as a beneficial part of the economy during ancient times. Settlers could trade and barter goods at a much cheaper rate with the pirates. At “pirate prices,” merchandise could be had more reasonably than what the Spanish charged. As a result, the communities viewed the pirates as well-endowed trading partners as well as high-spending tourists who would arrive in town with plenty of money to squander and could be counted on for repeat business. In addition, with the pirates around, their ports were temporarily safe from Spanish incursions.