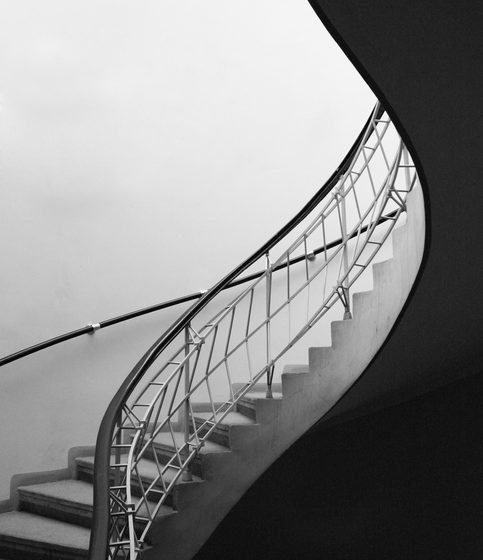 Miraculously unscathed by two world wars, Prague is an enormous open-air museum of European architecture, with superb examples of Gothic, Romanesque, Baroque, and Art Nouveau styles all crowded into one fairytale space. But the city’s quirkiest building may be the Modernist edifice in the heart of the Old Town: the world’s first Cubist building, an avant-garde creation from the early 20th century called the House of the Black Madonna.

The poetic name comes from a 17th-century statue that was rescued from the previous house on the site and that is poised like a figurehead on one corner. Designed by artist Josef Gocár, the House was regarded as shockingly modern, even revolutionary, when it first opened as a department store in 1912—and it still seems so in Prague today.

For the last 10 years, this has been the home of the Museum of Czech Cubism, which is dedicated to the artistic movement embraced by Prague’s intellectuals. In its heyday, from 1912 to 1916, Cubism was hailed as a distinctively Czech artistic movement, and it is remembered as an emblem of a golden age, when Prague was one of the wealthiest cities in the Austro-Hungarian Empire. The building itself, of course, is the prime exhibit. Its façade, which looks smooth from a distance, is actually fractured through the inventive use of oblique planes. Large bay windows protrude in the manner of giant quartz crystals. The museum inside is suffused with nostalgia.

In addition to the museum is a Cubist gift store (Cubist lounge chairs, anyone?) and the world’s only Cubist eatery, the Grand Café Orient, which was a bohemian artist’s hangout before World War I. As you sip a coffee, waiters might quip that it was near Prague in 1843 that a certain Czech genius, Jakub Krystof Rad, invented the sugar cube. Cubism, it seems, was always in the Czech blood.