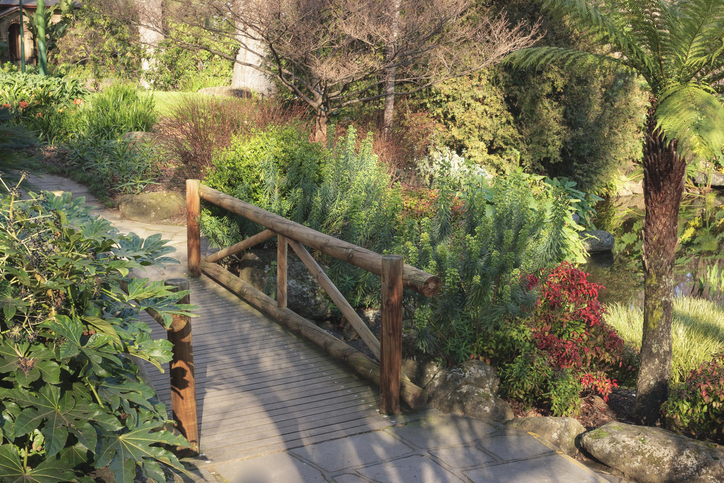 Melbourne is considered the most “English” of Australian cities. Its stately architecture evokes the Victorian Era, when it when it was one of the wealthiest ports in the British Empire, and its inhabitants are still known for their conservative style and buttoned-down habits. Whether the image is true or not, Melbourne’s most elegant and Anglophile corner is certainly Fitzroy Gardens.

The 64 acres of sculpted greenery were laid out in the 1860s, when Melbourne was flush with funds from a gold rush in the nearby hills. In an over-the-top burst of loyalty to Imperial Britain, the garden’s landscape was based on the pattern of the Union Jack flag, although most of the plants and flowers are most definitely Australian. Today, you can stroll through the shaded promenades, visiting conservatoriums, a café-restaurant, and a model Tudor village. But perhaps the garden’s most appealing attraction is the actual 18th-century cottage where Australia’s discoverer, Captain James Cook, spent his boyhood.

The building was transported, piece by piece, from the Yorkshire village of Great Ayton by a patriotic Melbourne businessman in 1934. Today, you can see the initials of Cook’s parents carved above the front door, then poke through the tiny rooms to find the very bed where James slept before heading off to sea in 1745, at the ripe age of 17, an apprentice on a merchant ship. Many years later, the now-famous, middle-aged explorer returned to the house to spend a winter with his father in 1770, fresh from charting the east coast of Australia and confirming his place alongside Columbus as one of history’s great navigators.