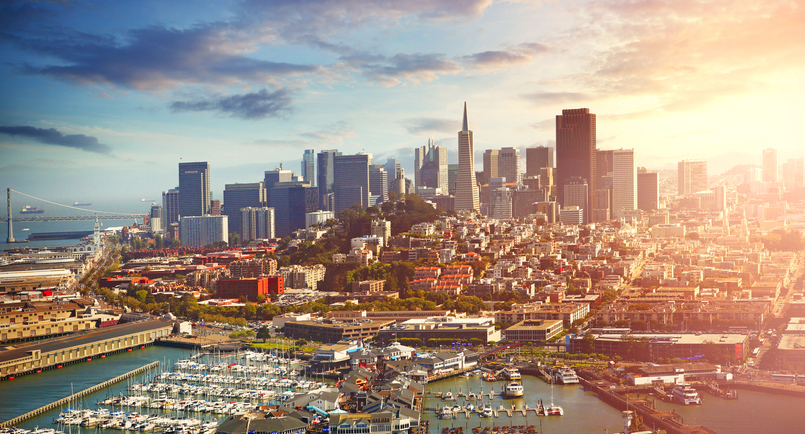 AS ANYONE WHO STROLLS DOWN JACK KEROUAC LANE CAN GUESS, SAN FRANCISCO IS A CITY THAT RELISHES ITS LITERARY MEMORIES.

In the 1950s, a flood of free-spirited writers rejecting the leaden conformity of Cold War society traveled here to create the “San Francisco Renaissance.” These bohemians congregated in the low-rent Italian neighborhood of North Beach, frequenting the smoky jazz bars and cheap pasta joints in the area. The most famous resident was Kerouac, author of On the Road, who coined the term “beat generation” to describe his restless friends. The name came from underground slang and mixed a sense of being downtrodden and rebellious, Kerouac said, with “beatific” and saintly. San Francisco newspaper writer Herb Caen later transformed “beat” into the popular term “beatnik” a few years later.

Kerouac arrived in San Francisco with his friend Neal Cassidy—who appears as the character Dean Moriarty in On the Road—and poet Allen Ginsberg, who debuted his epic poem Howl at a riotous reading in the neighborhood Six Gallery, a literary event that turned into a famous all-night party. Today, the City Lights Bookstore (at Columbus Avenue and Jack Kerouac Alley) is one of the city’s most beloved shrines. It was founded in 1952 by beat poet Lawrence Ferlenghetti, and remains one of America’s great bookstores. After browsing the collection, pull up a chair at the Vesuvio Bar next door; in the 1950s, this was the beats’ favorite watering hole. It was here that Kerouac was way-laid on his way to meet the great author of Tropic of Cancer, Henry Miller. While the elderly Miller waited, Kerouac became too drunk to leave. Kerouac’s boozing and willingness to push himself to the limits would finally be his destruction. He died of complications due to alcoholism in 1969, only 47 years old.