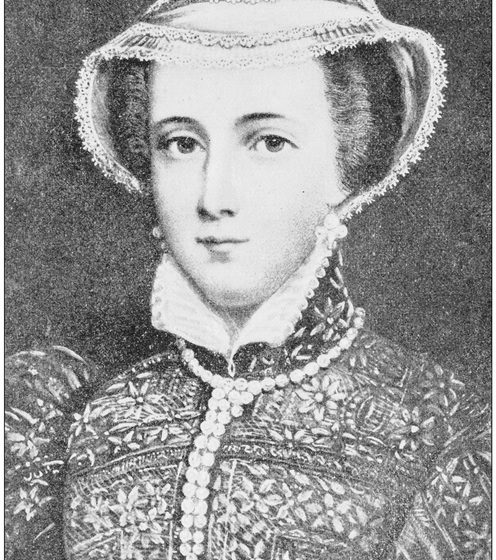 Crowned Queen of Scotland at less than a year of age in 1543 and heralded at age 15 as the true Queen of England by many Catholics, as well as the Queen Consort of France at 16, Mary, Queen of Scots was charismatic, shrewd, courageous, and beautiful. She loved archery, riding horses, hunting and hawking, and played golf, billiards, cards, and chess. Despite her passion for fun, she entered the world’s stage at a time of heated conflict between Catholics and Protestants. It was this conflict that drove the intrigue, plotting, and backstabbing that dominated much of her life.

In 1568, Mary, Queen of Scots, was unjustly accused of complicity in murder and later imprisoned in England for 19 years—not because she was guilty of a crime but because her freedom would have been a threat to the English throne. At age 44, she was executed for treason in a plot to kill Elizabeth I, a conviction that was purely political. Despite the fact that Mary and Elizabeth I were cousins, as queens of contiguous countries reigning at the same time and bound by political rivalry, Mary and Elizabeth never met. Only in death did they become close, as both are buried in Westminster Abbey.

Mary’s spirit lives on in unexpected ways. Many don’t know that a common nursery rhyme provides insight into her tragic story:

What does the rhyme mean? In one interpretation, the garden is viewed as Mary’s ornamental garden at the palace of Holyroodhouse; the silver bells were used at Mass in her private chapel; cockleshells refer to those worn by Catholic pilgrims on the road to Santiago de Compostela in Spain; the pretty maids are the four Mary’s who stood by her all her life: Mary Fleming, Mary Seton, Mary Beaton, and Mary Livingstone.