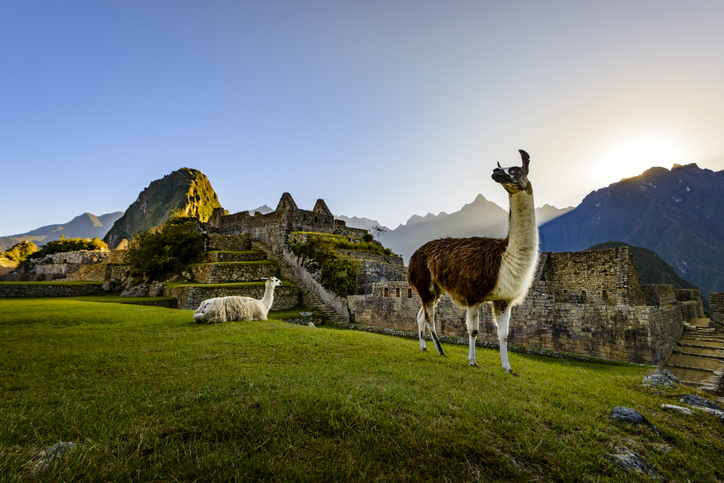 It now seems straight out of Indiana Jones. In the summer of 1911, a dashing American explorer named Hiram Bingham led a Yale University expedition through the jungles near Cuzco to discover an unknown ruin perched on a spectacular Andean crag: the “lost city of the Incas.” Adventurers had been searching for the site for centuries, although nobody had been sure of its existence. News of the romantic find spread around the world, and Bingham would go on to become a U.S. Senator. But the 1911 “discovery” was actually less heroic than it sounds.

Bingham had actually been led to the site by a local farmer named Melchor Arteaga, whom he had met while camping on the Urubamba River. Far from being “lost,” the Peruvian peasants of the area had always known about the site—and gave it its name, Machu Picchu, which means Ancient Peak. Still, to modern archaeologists, Machu Picchu raises more questions than it answers. About 1,000 people once lived there, in around 200 structures, but why was the spectacular citadel built? Bingham himself threw out wild theories. At first, he thought he had found the last refuge of the Incas who held out against the Spanish, Vilcabamba. (In fact, he had already come across the real ruins of Vilcabamba, which lay 60 miles to the west, and he had found them unimpressive). He then decided that Machu Picchu was the last holdout of Cuzco’s sacred Virgins of the Sun, who had fled the marauding conquistadors. For want of another theory, this has certainly held the popular imagination.

A century later, archaeologists are still arguing about the city’s true purpose. Most agree that it was a religious center for the Incas. Beyond that, speculation reigns. Was it part of a province wiped out in a rebellion? Or a royal estate supplying Cuzco with coca leaves? One thing hasn’t changed since 1911: everyone’s first glimpse of the city poised high above the jungle-covered ravines is one of the most majestic images in South America.