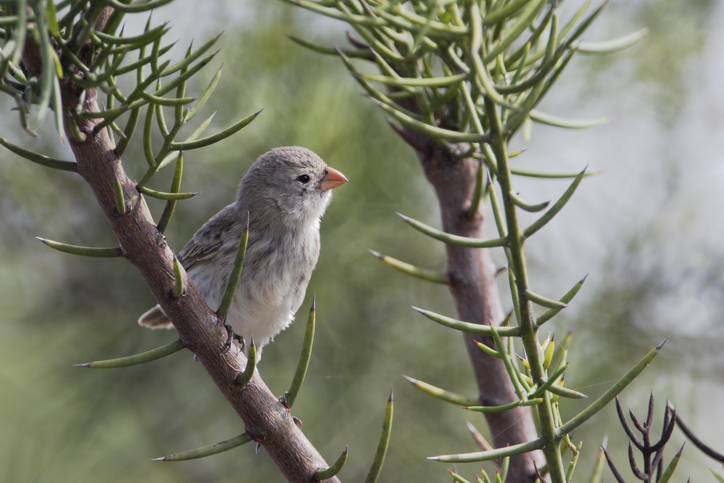 The Galápagos Islands’ finches are most famous for their role in this theory of evolution. What may be less well-known is that the finches are still evolving today. There are presently 14 species of birds recognized as Darwin’s finches—13 in the Galápagos and one on Cocos Island. Because of the strong pressure exerted by extreme climatic variation, isolation from the mainland, and low population numbers, the pace of evolution is much faster in the Galápagos than in the continental land masses. When its original food source became scarce, one species of Darwin’s finch evolved a smaller beak in just two decades to take advantage of a new food source.

Today, all variations of the miraculous species can be seen in various corners of the Galápagos Islands, but you better study up—it takes some effort and interest to learn to identify each of the finches.