ATHENS: THE GHOST OF LORD ELGIN 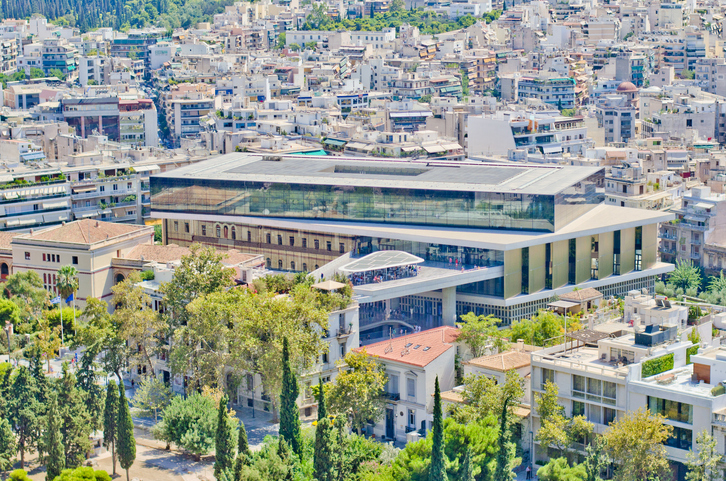 BUILD IT AND THEY WILL COME…WELL, MAYBE.

The opening of the Acropolis Museum in 2009 was a symbolic event for Greeks. Not only is it one of the most stunning display spaces in Europe – some 4,000 objects are exhibited in 226,000-square feet, with views of the Parthenon framed in an elegantly designed glass wall – it makes a powerful argument for the return of the so-called “Elgin Marbles” from Britain. The controversy goes back over 200 years. In 1801, the British ambassador in Athens, an aristocratic collector of antiquities named Thomas Bruce, Lord Elgin, received permission from the Turkish authorities to remove the Parthenon’s magnificent marble friezes, which display mythological scenes, and ship them back to London. (At the time, Greece was an outpost of the Ottoman Empire, although the legality of the deal was questioned even at the time; Elgin may only have had authority to remove smaller items from the Acropolis).

It took over a decade for Elgin’s agents to complete the job, and in 1816 the British Government purchased the friezes for the British Museum. Greeks have always regarded the removal as an act of outright theft, and in the 1970s, demands for the return of the Elgin Marbles (also known as the Parthenon Marbles) became more vocal. One argument the British made for keeping the delicate sculptures in London was that the Greeks had no safe place to display them. The Acropolis Museum changes all that. Today, visitors marvel at the soaring, light-filled space in Athens, where copies of the Parthenon marbles are on display – a vivid contrast to the rather dingy British Museum gallery space, where the originals still remain.