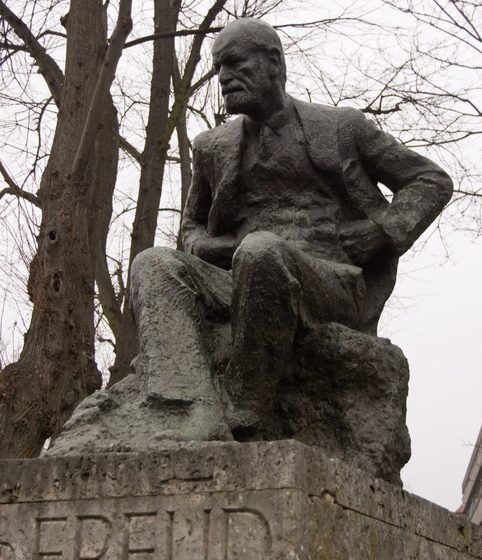 The inner city of Vienna is overflowing with superbly decorated historical architecture, but for decades its most famous address was actually an unassuming apartment building in a middle-class suburb—Berggasse 19. From 1891 to 1938, this was the home of Sigmund Freud, the brilliant thinker who invented psychoanalysis and discovered the power of dreams and the subconscious, changing the way we think about the human mind forever.

Today, the apartment, situated on a street sloping down to the Danube Canal, is the Sigmund Freud Museum, and it continues to lure streams of admirers from around the world, just as it did in the great man’s own lifetime. Each of the dozen rooms is filled with memorabilia: Freud’s birth certificate (born to a Jewish family, he changed his first name from Sigismund), his walking cane, battered travel bag with the initials S.F., his hat and sports cap hanging on hooks by the door—all give the impression that the pioneer shrink might be about to stroll back from a nearby coffee house for a session of “talk therapy” (as psychoanalysis was first called) with a patient.

Also on display are rare original books, including a first edition of “The Interpretation of Dreams,” published in Vienna in 1900, which was ignored for years but eventually became an international bestseller. On the walls are classic photographs of the bearded, avuncular Freud holding his ubiquitous cigar. When friends joked that, according to Freud’s own theories of sexuality, the cigar should be interpreted as a phallic symbol, he famously remarked, “Sometimes a cigar is just a cigar.”

By 1938, at the age of 82, Freud was one of Austria’s most famous and respected figures when Nazi Germany annexed the country and Gestapo officers began harassing Jewish residents. Soldiers visited Berggasse 19 and searched the offices, confiscating about $1,500 in cash. Freud at first refused to admit the danger, but he was finally convinced to emigrate, with an exit visa arranged by U.S. President Roosevelt himself and facilitated by a sympathetic German officer. He moved to England, where he died of cancer the following year, which is why Freud’s famous couch resides today in a small London museum rather than its long-time home in Vienna.