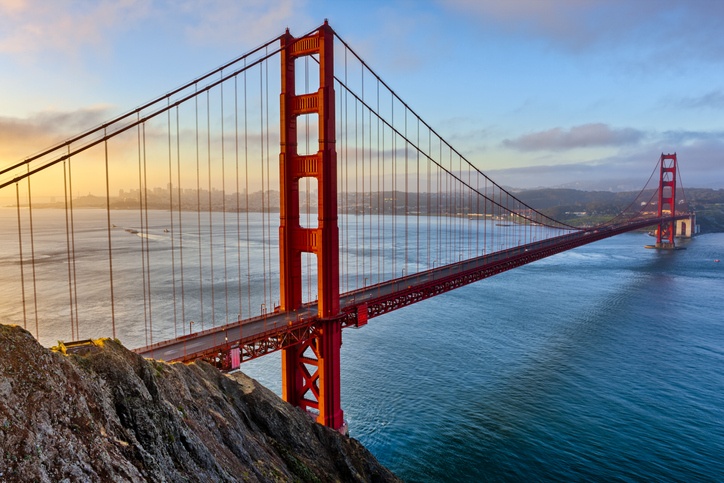 TODAY’S VISITORS GET THE GOLDEN GATE BRIDGE. 150 YEARS AGO, THEY GOT THE TRAPDOOR.

It’s hard to recall today that the gracious harbor city of San Francisco was actually born out of chaos, sin and violence. After the discovery of gold in 1849, the sleepy port was invaded by miners, criminal, prostitutes and desperados, making the town as wild as Deadwood or Dodge City. One district in particular became notorious for its dangerous street life: the Barbary Coast. Named after the pirate-filled shores of Africa, it was located just east of today’s Chinatown. In the words of historian Herbert Asbury, this corner of San Francisco was a colorful combination of viciousness, depravity and glamour.

Today, only a few relics of the grimy saloons and brothels of the time remain. But several bars do still have the trapdoors in the floor, relics of the practice of Shanghaiing sailors. Unwary drinkers would be lured to bars and slipped liquor laced with opium. As they reeled from the drugs, owners such as the notorious Miss Piggott, whose fists were said to be the size of smoked hams, would thump them over the head. The trapdoor would be opened, and the unconscious victim would fall below, only to awaken on a ship far at sea. The regular drinkers would apparently ignore such illegal activities, no doubt wary that they themselves might be tossed “down the hatch”.