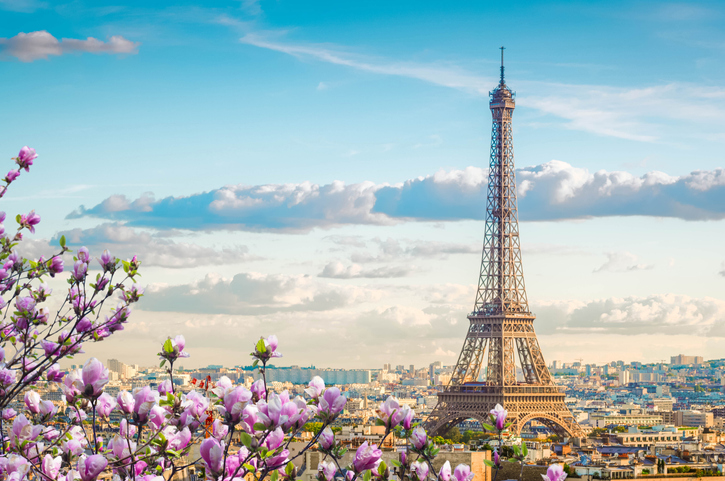 HOW A TRAGIC STREET LAMP WON THE HEARTS OF THE WORLD.

Imagining Paris without the Eiffel Tower is like London without Big Ben or San Francisco without the Golden Gate Bridge. But no sooner had the architect Gustav Eiffel beaten his 700 competitors in the design competition for the 1889 Centennial Exposition, celebrating a century since the French Revolution, than a vocal outcry began to halt construction of the edifice. 300 famous French artists and writers signed a newspaper petition denouncing Eiffel’s radically modern design as “useless and monstrous.” It was a blight upon the elegant fabric of the City of Light, they added. Others critics were even more vicious, describing the proposed tower as a “tragic street lamp,” “a gymnasium apparatus,” “an ungainly skeleton,” “a half-built factory pipe,” “a carcass” and even “a hole-riddled suppository.” Nature-lovers argued that it would disturb the flight patterns of Parisian birds.

When construction began, Parisians continued to refer to it by the less-than-flattering nickname, “the metal asparagus.” Of course, no sooner had the tower opened in 1889 than the criticism evaporated. At 984 feet, the Eiffel Tower was by far the tallest man-made structure on earth and remained so for 40 years, until the Chrysler Building was completed in New York. The view of Paris from the top swayed the hearts of many skeptical artists: It provided a breathtaking shift in how we see the world. But this new acceptance of the tower didn’t stop the French government from threatening to dismantle Eiffel’s creation when its 20-year lease expired in 1919. Fortunately, the antenna installed at the top had become essential for sending telegraph messages, so the tower was spared. Today, it is Paris’ number one tourist attraction and the most widely-recognized monument in Europe.