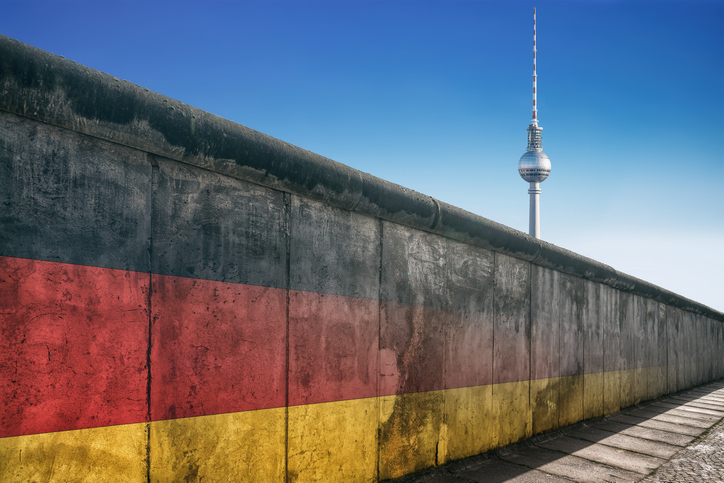 The top question asked by any visitor to Berlin is—”Where’s the Wall?” The short answer is: it’s gone. After Die Wende (the reunification of Germany), the 155-kilometer ring around West Berlin went the way of most useless masonry and was torn down to make space for new construction. Since then, Berlin has been a constant construction site, its skyline pierced by cranes.

The longest existing piece of the Wall (just a single kilometer) is on Mühlenstraße, but perhaps not for long. In the 1990s, artists painted murals on the concrete and created what became the open-air East Side Gallery. Some of these murals were recently torn down, and the fate of the rest is uncertain since the city of Berlin is reluctant to protect them. After all, the Berlin Wall was nothing to be proud of. At least 125 people died trying to cross it, some dying in the Eastern Zone before the eyes of Allied personnel powerless to help. The observation towers, bunkers, dog runs, metal fencing—all of it is gone, but not the rift between East and West Germany. Few Germans today would say Die Wende has been a complete success. Many parts of East Germany still lag behind the west in employment and wages and, thus, prosperity. Even without the wall, a united Germany is still under construction.