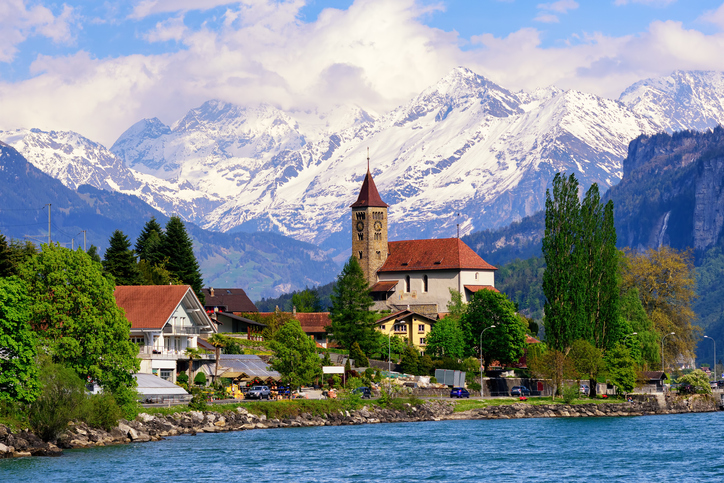 THE SWISS ANSWER TO ROBIN HOOD

The legend of William Tell, the Swiss answer to Robin Hood, is retold throughout Switzerland, but it receives its most spectacular airing at Interlaken, the beautifully situated travel hub of the Alps.

In an open-air theater outside the town, surrounded by lush forests and mountain scenery, the play William Tell by Friedrich Schiller has been performed every summer since 1912, with 180 actors, 20 live horses, and a herd of cows on stage to provide rustic flavor. It’s the ideal setting to enjoy a story that dates back to the Middle Ages, when Switzerland was ruled by arrogant Austrian invaders.

According to the legend, in the town of Altdorf, a ruthless sheriff named Hermann Gessler put his hat on a pole in the main square and insisted that all Swiss should bow before it when they passed. William Tell, a freedom-loving farmer who was famous as a marksman with a crossbow, refused. Gessler ordered Tell to shoot an apple from his son’s head. If he succeeded, both would go free, but if he missed, both he and his son would be executed. Tell, of course, safely split the apple, but Gessler asked him why he had a second crossbow bolt in his quiver. “Had I injured my son,” Tell said proudly, “this second shaft would not have missed your heart.” The marksman was promptly arrested, but he escaped on the way to prison. Evading Austrian troops, Tell made his way back to Altdorf and shot Gessler dead, inspiring a widespread rebellion that led to the formation of the Swiss Confederacy in 1353, the basis of the modern country.

Over the centuries, William Tell has become a Swiss symbol of resistance to oppression, and his story has inspired dozens of retellings by European authors, with the 1804 Schiller play the most popular. Modern historians have questioned whether Tell was a real figure or a poetic invention, but under the stars in Interlaken, it hardly seems to matter—Tell’s adventures are as gripping now as they were six centuries ago.