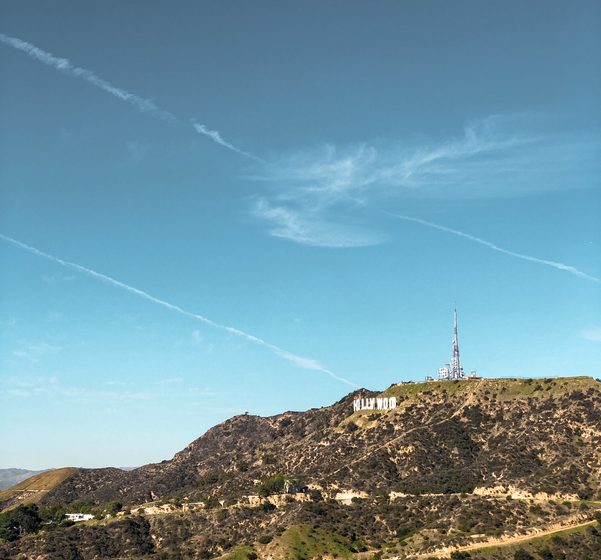 A MAKEOVER STORY THAT DOESN’T INCLUDE PLASTIC SURGERY.

The famous HOLLYWOOD sign has a less glamorous origin than most people think. It was actually built as a publicity stunt. In 1923, some Californian real estate developers wanted to promote a housing project in the district known as Hollywood, which was named after the number of holly trees, and was then quite empty. They erected its name in fifty-foot-high white letters, each of which blazed with hundreds of electric bulbs: HOLLYWOODLAND.

The letters were only meant to stay standing for 18 months. But the sign also happened to coincide with the surge of film studios in this part of Los Angeles, which made the name Hollywood famous around the world. The giant sign soon became an icon of the American movie industry – so much so that in 1932 an unhappy actress named Peg Entwistle committed suicide by climbing the letter “H” and throwing herself off.

Still, over the years, the sign had to battled the weather, vandalism and neglect. In 1949, after a drunken caretaker drove his truck into the letter H and knocked it down, a restoration effort began. City officials ordered that the last four letters, LAND, be removed. But without steady funds for upkeep, the sign continued to deteriorate until the first O cracked in half and the third O collapsed – a sorry sight. Finally, in the 1970s, the Playboy magnate Hugh Heffner galvanized LA celebrities to finance a completely new version of the sign. In 1978, the slightly shorter letters, measuring 45 feet, were unveiled. With the occasional touch of cosmetic surgery, they are still going strong today.