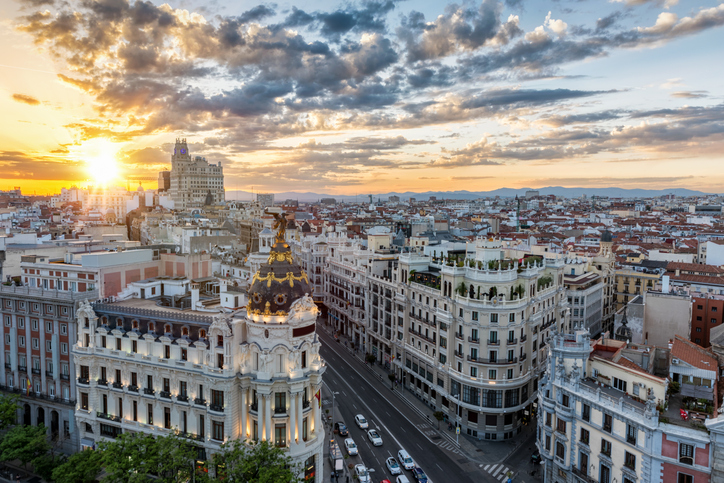 A STATEMENT FOR PEACE WRITTEN IN OIL PAINT.

Nobody remains impassive when they first see Picasso’s painting Guernica in the Reina Sofia Museum of Madrid: Some viewers gasp in recognition, others are stunned, a few older Spaniards even burst into tears.

The enormous canvas, where twisted abstract figures cascade across an exploding landscape in agony and confusion, is the West’s most famous anti-war statement. It also captures the tragic history of Spain’s bloody civil war, which raged in the late 1930s and still resonates today. The Spanish-born Picasso was living in Paris when Spain’s Republican government asked him to create a painting for the 1937 World’s Fair. In last April he read a newspaper report of the bombing of Guernica in the Basque Country. This town was considered a socialist stronghold by Spain’s right-wing Nationalists, who were supported militarily by the German Nazi Government. On April 26, the German air force swept down on the town, raining bombs upon its civilians indiscriminately. Guernica’s men were fighting on the front lines, so the attack caught mostly women, children and the elderly; planes strafed refugees mercilessly with machine gun fire. Picasso was deeply affected by the account and threw himself into painting Guernica. The 25-feet-long canvass captured all the barbarity of the attack and it became an instant icon.

After the World Fair in Paris, the painting toured the United States. By 1939, Europe was engulfed in the Second World War, so Picasso asked that the painting remain safely at the Museum of Modern Art in New York, and not be returned to Spain until the Nationalist leader, General Francisco Franco, had been removed from power. This change took far longer than anyone could have guessed. The sinister dictator not only won the Civil War, he controlled the country until his death 36 years later, in 1975. Democracy was finally restored in Spain the following year, and with great fanfare, Guernica traveled home to Madrid in 1981. It has never left.

Travel to Spain with Globus