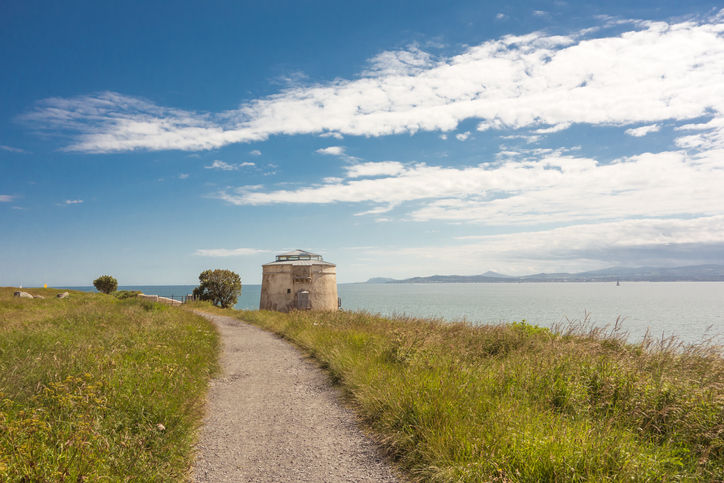 The most entertaining anniversary in Dublin falls every June 16th—the date in 1904 when the fictional action takes place in Ulysses, the greatest novel by Ireland’s greatest writer, James Joyce. Every year, thousands of literature fans descend on the city and follow the exact route taken by Leopold Bloom, a Jewish advertising salesman, and Stephen Dedalus, an aspiring writer, as they meander across the city. True devotees like to wear Edwardian period dress—the men in straw boaters, tinted spectacles, and striped blazers; the women in bloomers and corsets in homage to the hero’s lascivious wife, Molly Bloom.

But even if you are not in Dublin for the June extravaganza, you can follow the key points of the Ulysses walking tour. Start at the James Joyce Center (35 North Great George’s Street), a Georgian townhouse where the door to Leopold Bloom’s fictional home, which once stood on Eccles Street in Dublin, is kept on display. Proceed to Davy Byrne’s pub (21 Duke Street), one of Joyce’s favorite drinking spots, where Bloom lunched on a gorgonzola cheese sandwich and glass of burgundy. (“Nice quiet bar,” Bloom notes approvingly in Ulysses. “Nice piece of wood in that counter…Like the way it curves.”) Finally, take the short train ride to Sandycove, where the imposing Martello Tower was the setting for the novel’s first chapter. One of 15 defense posts set along the coast to protect against an invasion by Napoleon, it has today been named James Joyce Tower with a museum that displays, among other gems, a rare edition of Ulysses illustrated by French Impressionist painter Matisse.

True Joyceans should then take a dip in the Forty Foot swimming hole beside the Tower, named after the 40th Regiment of Foot once stationed here. In Joyce’s day it was a male-only venue, and swimming was only in the nude. Today, the hole is co-ed, and swimsuits are “required by order,” although literature fans will be delighted to know there is still a nude section.

Travel to Ireland with Globus