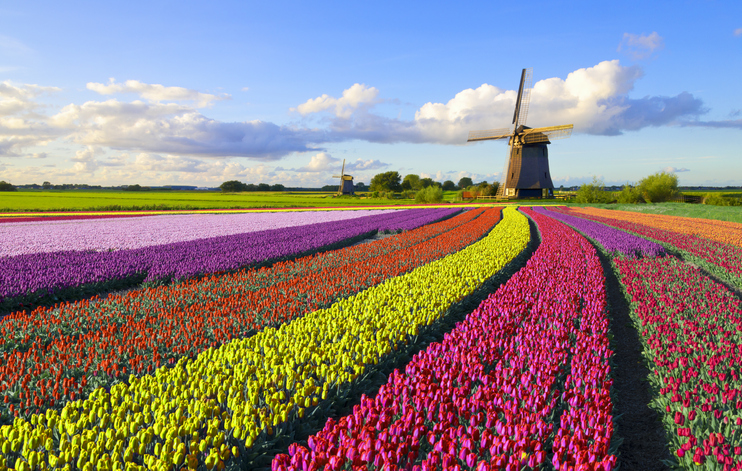 HOW THE FLOWER MARKET WENT FROM BLOOM TO BUST.

Nothing symbolizes the Netherlands like the tulip, a magically bright flower that can be seen in almost every window box in the country. They’re wildly popular though they are today – Dutch farmers produce nine billion bulbs a year – their status was even higher in the past. The first tulips were cultivated in the Ottoman Empire for the sultan’s court in Constantinople. Merchants brought them to Holland, they did not thrive in the damp, chilly climate until 1587. That was when a Flemish botanist called Carolus Clusius founded Europe’s first institute for horticulture in Leiden and began to study their growth. Despite his success, tulips remained rare and expensive, and a garden full of tulips became a status symbol for Dutch merchants.

The lovely “feathered tulip,” which has broken color patterns and is more difficult to produce, was the most prestigious. By the 1630s, the demand for the flower in Holland became almost insatiable. Dutch businessmen began to speculate on the prices of tulip bulbs, which could change radically from one crop to the next, depending on the seasons and the harvest. A craze later dubbed “tulipmania” took over Holland as bidding on the flowers became frenzied. Fortunes were won and lost. Prices kept rising to astronomical levels.

In 1635, a single white Semper Augustus bulb was sold for 10,000 florins – that’s about $7000 today – and clerics denounced “flower gambling” from the pulpit. Two years later, the bubble burst. Families were wiped out overnight, and many investors committed suicide. But eventually, the market reached rational levels. The Dutch decided that other flowers – daffodils, irises, hyacinths and gladioli – were almost as alluring as the tulip.