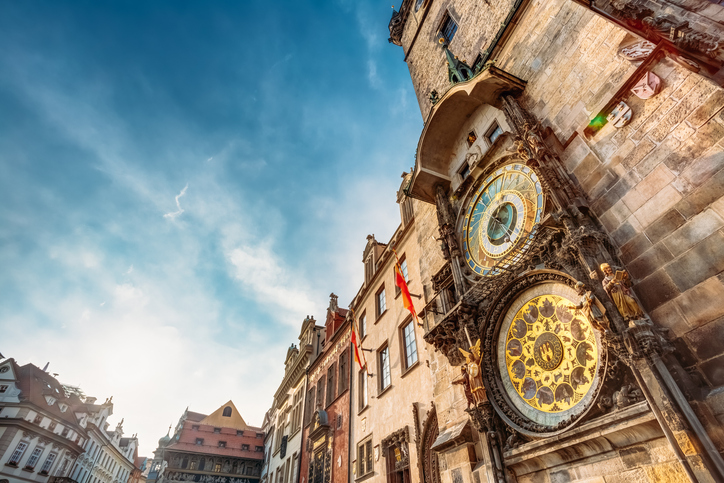 DOES INTERIOR DESIGN OFFER CLUES TO THE INNER WORKINGS OF THE MIND?

Every hour, hundreds of visitors gather in Prague’s Old Town Square to witness the tolling of the Astronomical Clock, when a sinister figure of Death emerges to pull the bell cord. It seems appropriate that the first doorway to the left of this gloomy edifice is the House of the Minute, the childhood home of Prague’s most famous literary son, Franz Kafka. In his short life, from 1889-1924, Kafka wrote some of our most gripping tales of paranoia and alienation. In the novel The Trial, a man is caught up in an mind-boggling legal system for an offense that is never named. In the novella Metamorphosis, a man wakes up in bed one morning and finds he has turned into a cockroach. The 500-year-old House of the Minute, with its elegant black-and-white façade, is where the writer spent the first seven years of his life, and where Kafka’s nightmarish imagination developed.

The eldest child of a middle-class Jewish family, he was tormented by his overbearing father, who became a model for the menacing authority figures that tread through his fiction. Young Franz moved with his family to several other apartments in Prague (one is now the US Embassy building), and developed a love-hate relationship with his home city: He tried to live in Germany and Vienna, but was always drawn back by the beauty of Prague. And although Kafka does not name them in his fiction, the confusing alleys of the Old Town and its looming castle provide their distinctive atmosphere. Kafka died here at age 35 or tuberculosis and was buried in the Jewish Cemetery. Most of his work was published posthumously, to huge acclaim.

Today, improbably enough, Kafka’s gaunt portrait is reproduced all over Prague on souvenir T-shirts, coffee mugs and key chains. But maybe he wouldn’t have disapproved entirely. Kafka also had a highly developed sense of black humor, and a Czech ability to laugh at the ironies of life.

Travel to Prague with Globus