50 Shades of Blue and Where to See Them 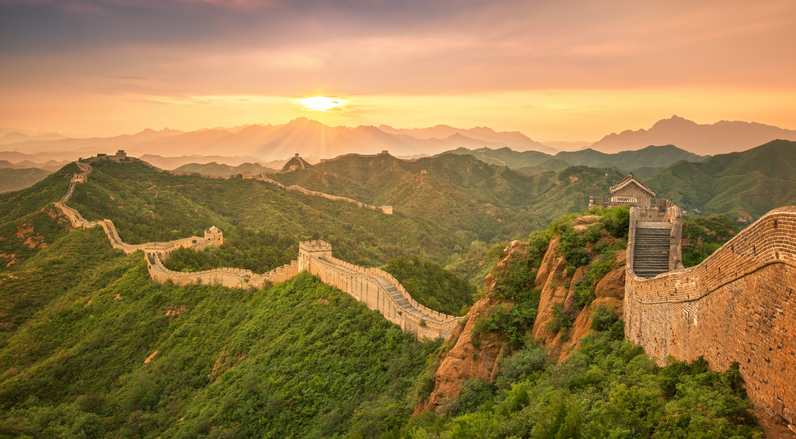 THE ONLY MAN-MADE OBJECT VISIBLE TO THE NAKED EYE FROM SPACE.

The Great Wall of China—one of the Seven Wonders of the World—is the only man-made object visible to the naked eye from space. The remains of the Great Wall, more than 5,000 kilometers, wander through the northern part of China, connecting the eastern China Sea to the barren desert in the west.

Constructed in 221 BC by order of the first Chinese emperor, Qin Shihuang, the Great Wall was designed to be a military base where Chinese infantries would fight against cavalries from the north. To complete the daunting task, more than 400,000 men were drafted to work on the project—nearly half the male population of China. Construction lasted for more than 10 years, and more than one-third of the workers died from harsh working conditions and plague.

While the wall protected the emperor from northern invasions, it did nothing to defend him against the backlash and disdain from his subjects. As a result, the empire was seriously undermined by his neglect of the people and it was eventually overthrown by a farmers’ rebellion only four years after Emperor Shihuang’s death.

Travel to Asia with Globus