A Guide to Essential British Eats 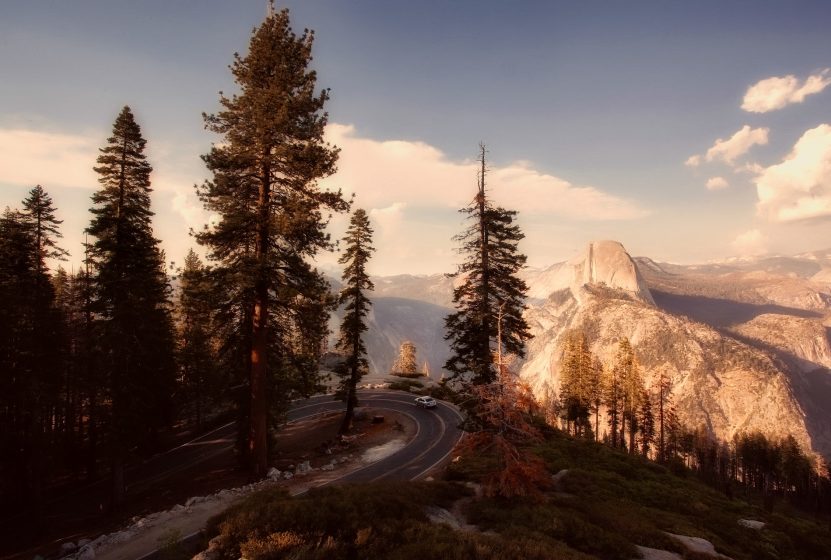 From extraordinary plant and animal life to otherworldly rock formations, our national parks are home to some of America’s strangest and most amazing natural wonders. For the last hundred years, the National Park Service has been protecting sites like these for all to see, and we’re working hard to make sure they’re still around for another hundred years and beyond.

The fossilized trees of Arizona’s Petrified Forest National Park aren’t made of ordinary rock: They’re made almost entirely of quartz, which has essentially transformed each tree into a huge crystal. The petrified wood sparkles in the sun with a rainbow of colors that come from traces of other minerals mixed with quartz.

At least 19 types of firefly inhabit Great Smoky Mountains National Park, but one truly special species resides in the mountains of North Carolina and Tennessee. The synchronous firefly is the only species in North America that can synchronize its bioluminescent lights. This makes for an incredible display, which usually peaks in late May or early June.

Rainbow Bridge is one of the largest natural stone bridges in the world. The bridge was considered sacred to neighboring Native American tribes, and has inspired countless visitors over the years. Two hiking trails lead to the bridge, located deep in the desert of Utah’s Rainbow Bridge National Monument.

The fossilized bones of allosaurus, and apatosaurus are among the many that have been uncovered at Dinosaur National Monument. Encompassing a vast area of fossil deposits in Colorado and Utah, the park includes some of the world’s most striking exhibits of these prehistoric animals.

Lights in the Sky

Few places in North America have darker, clearer night skies than Denali National Park and Preserve. This far-flung park in the Alaska wilderness is among the best venues in the world to view the Aurora Borealis – the Northern Lights – which are at their most vivid during the darkest days of winter.

Yosemite National Park is home to countless waterfalls, from rushing torrents to tiny trickles that all but disappear during the warmest part of the year. Few can compete with Horsetail Falls, which tumbles off the east shoulder of El Capitan and glows bright orange when the sunset lights it up in mid February.

On a chain of islands formed by volcanic activity, it’s no surprise that Hawai’i Volcanoes National Park includes some stunning volcanoes. Among them is Kilauea, the world’s most active volcano, which exudes a slow but constant flow of molten lava that can be viewed from a safe distance.

There are more geysers in Yellowstone National Park than anywhere else on earth, from Old Faithful with its famous clockwork-like eruptions to the Bee Hive Geyser, which often leaves a rainbow in its mist above the Firehole River. The park’s smaller hot springs and bubbling mud pits can be just as intriguing.

Covering 270 square miles – mostly of water – Biscayne National Park protects some of the most important aquatic habitat on the Florida coast. The park’s coral reefs are like bustling underwater cities, bursting with marine life of all shapes, sizes and colors.

These nine parks only scratch the surface of the wonders on display in our national parks. With more than 400 national parks across the country, there’s always more to explore.