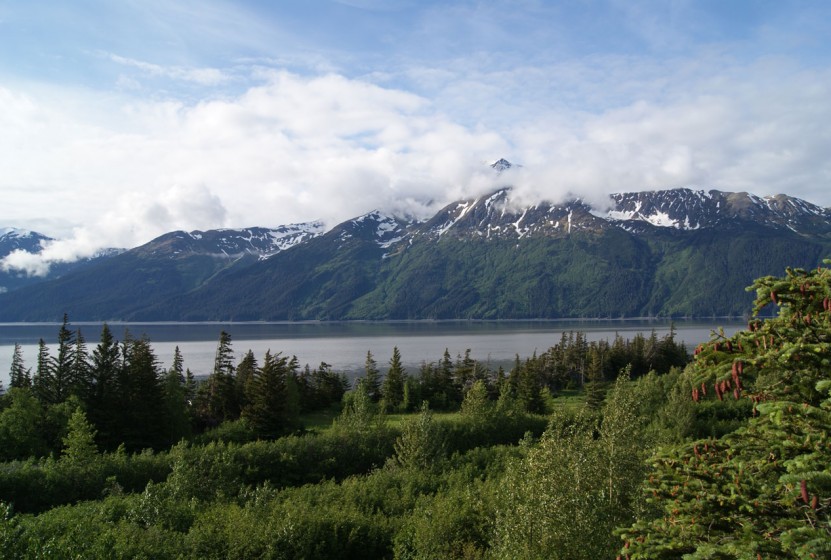 Today, one of our past travelers, Mark, will be sharing his firsthand experience with Globus on our “Nature’s Best: Alaska” tour. He and his family went in June 2014 and it was the first time any of them had seen Alaska, and to quote Mark, “it was worth the effort.” Enjoy his story (and pictures):

The highlights of the trip were the scenery, the sled dogs, the bears, the whales, and the fact that we never saw darkness. Fortunately, the hotel rooms had adequate draperies. One of the activities in Fairbanks included panning for gold. Each of us left with gold that we panned out of a small sack of dirt, mine weighing in at $30.00 worth. The train trip from Fairbanks to Denali was awesome. It is a shame that train travel in the lower 48 has deteriorated to the extent that it has. 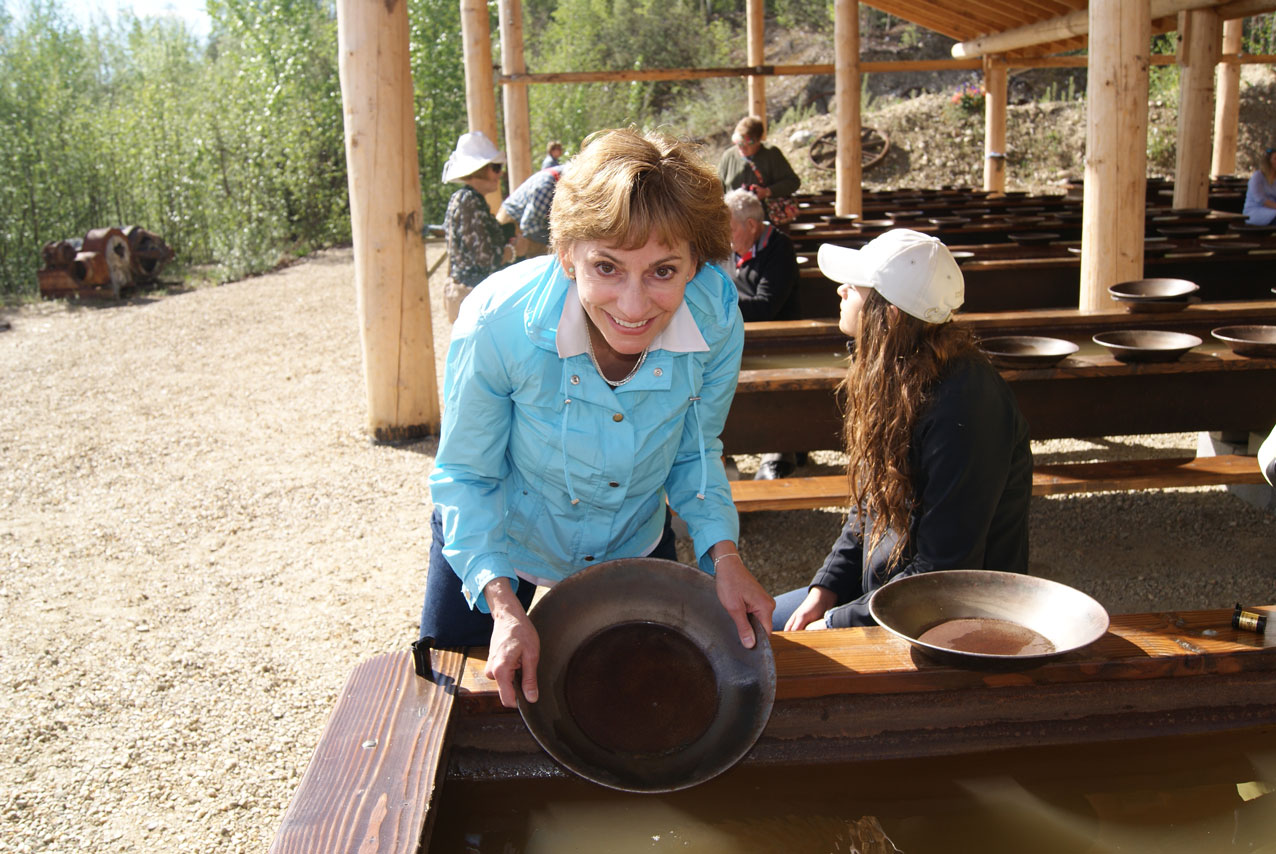 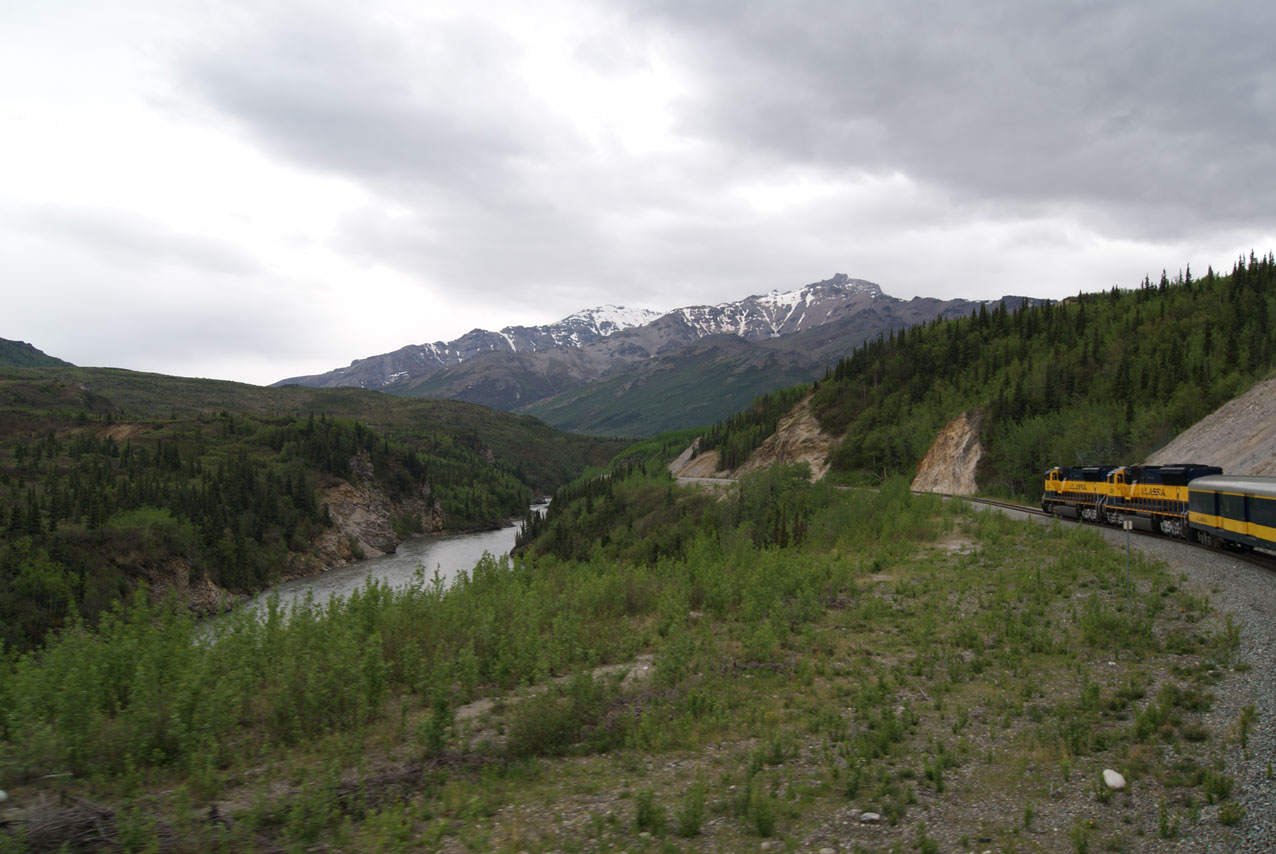 The view from the train. 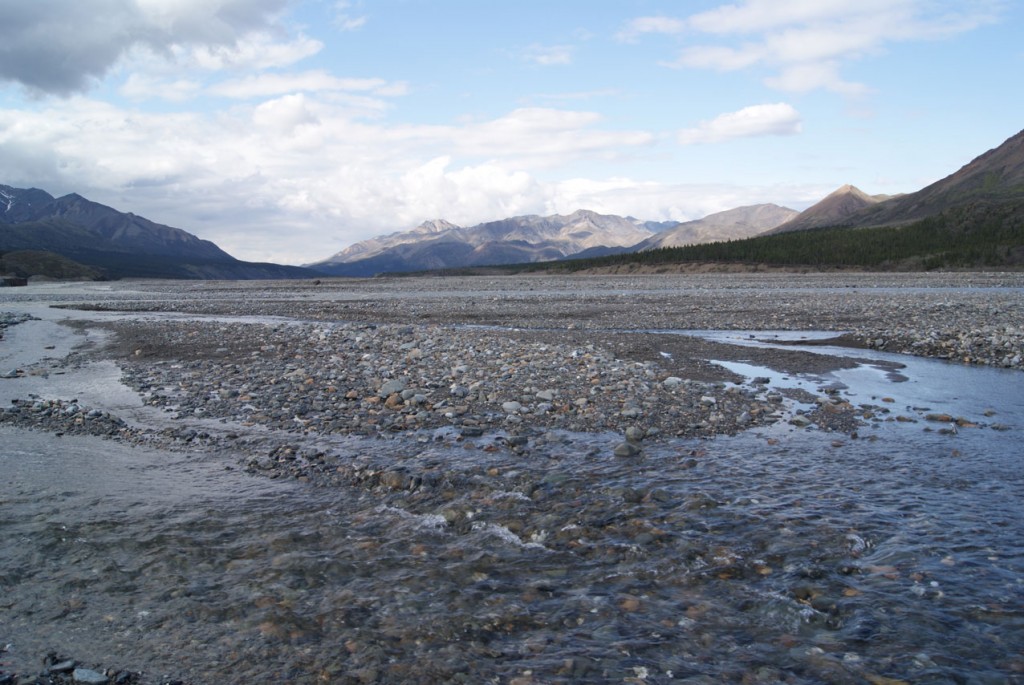 Denali National Park is even more beautiful in person than it is in photographs. Vehicle travel in the Park is strictly limited, and so, we were confronted with a vast expanse of wilderness that man has yet to defile. It looks like what Colorado must have looked like back in the early 1800’s. Even though we couldn’t see the top of Mt. McKinley because of cloud cover, our bus trip through Denali National Park did provide up close sightings of Dall sheep, grizzly bears, moose, caribou, and eagles. 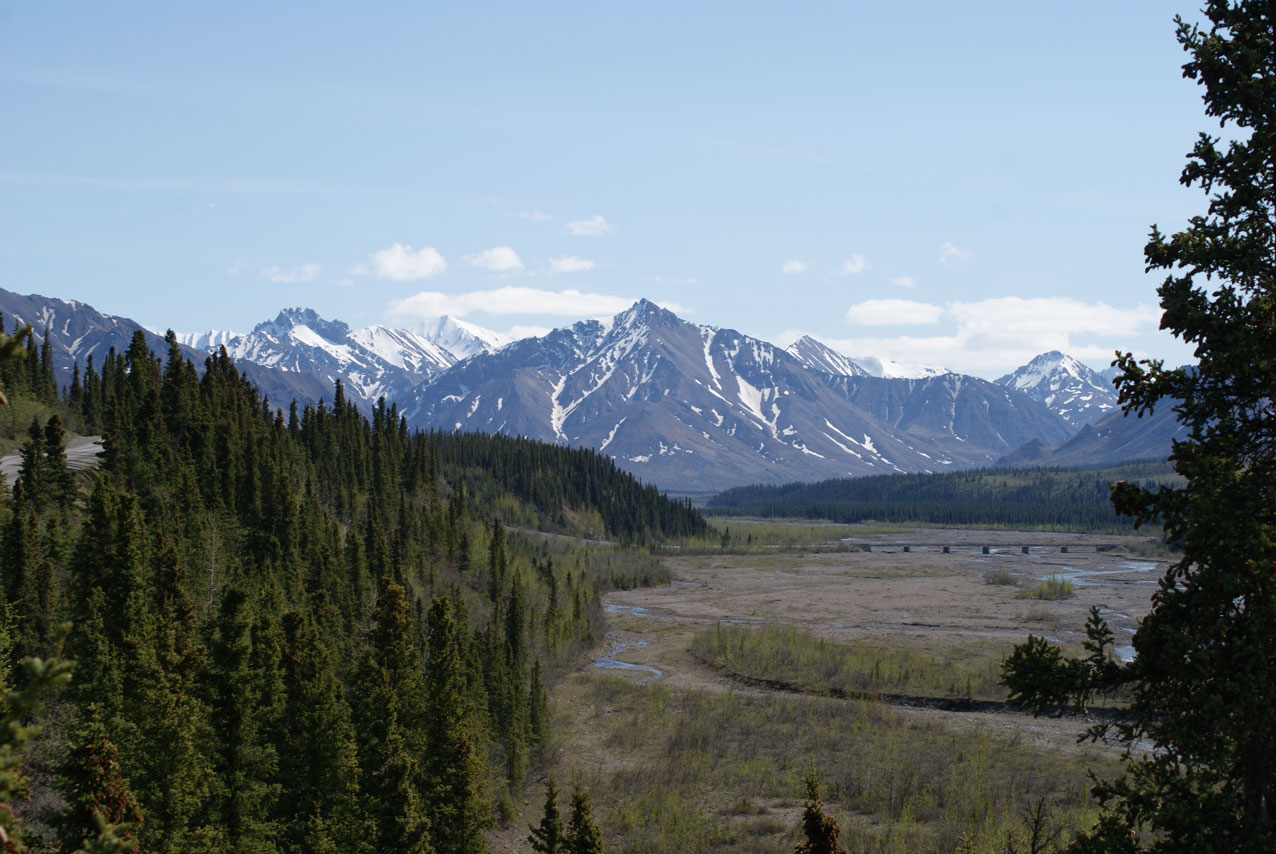 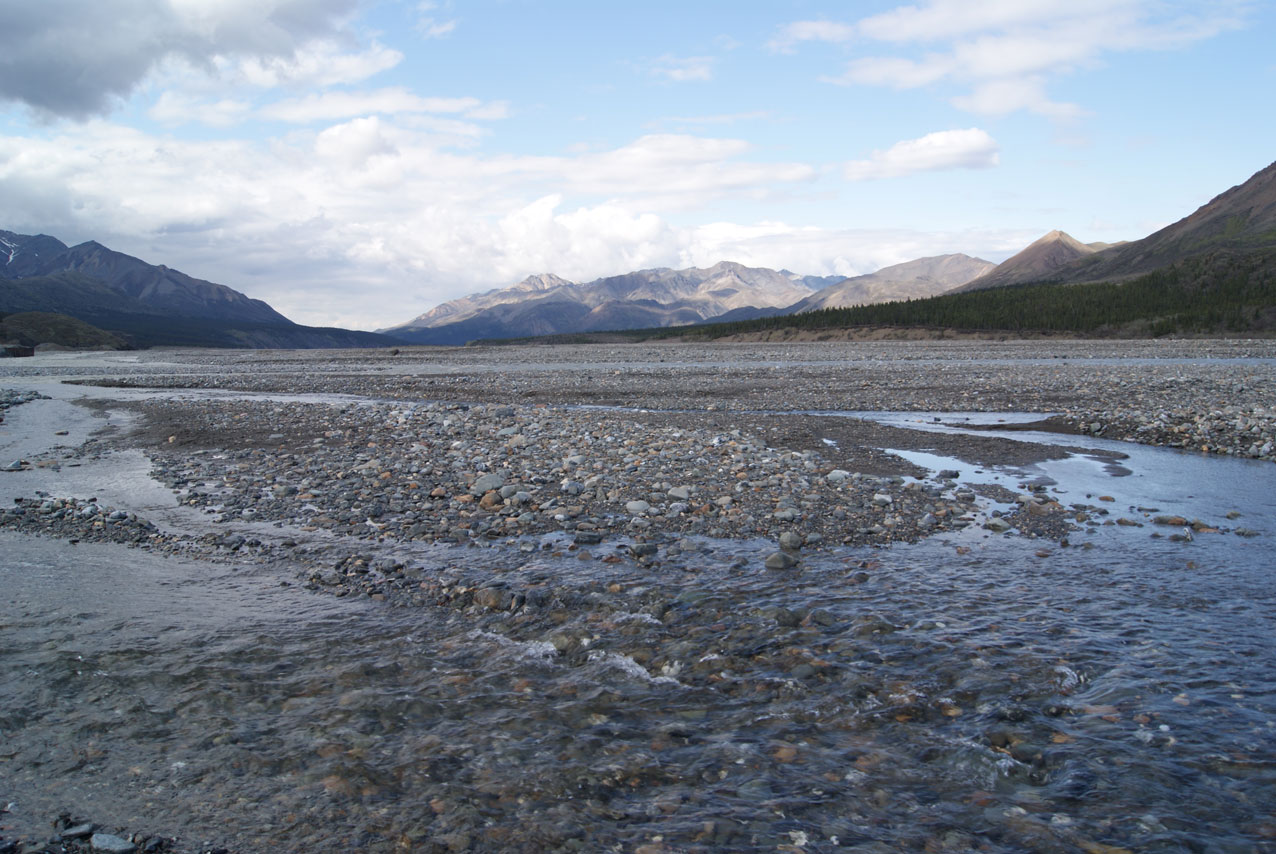 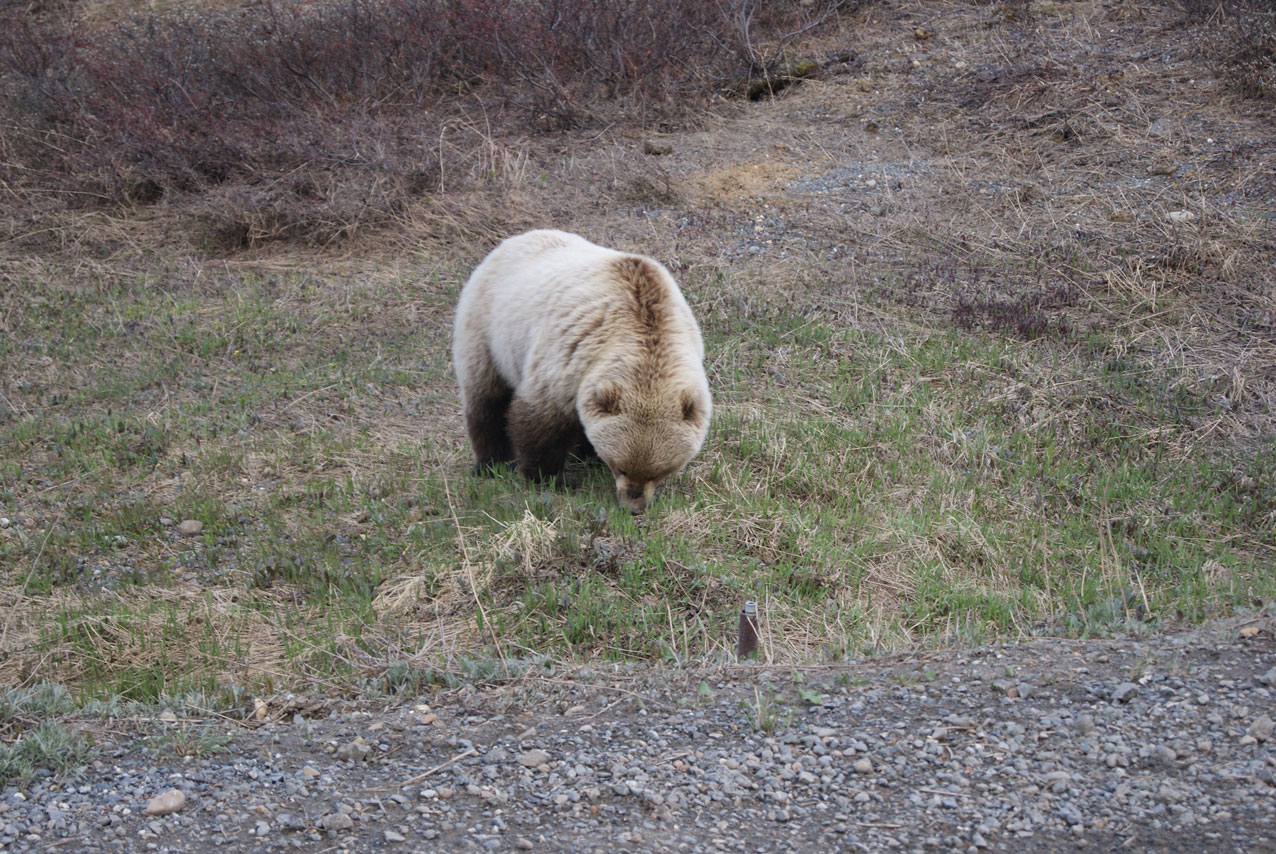 A bear in Denali National Park (don’t worry, we were in a bus). 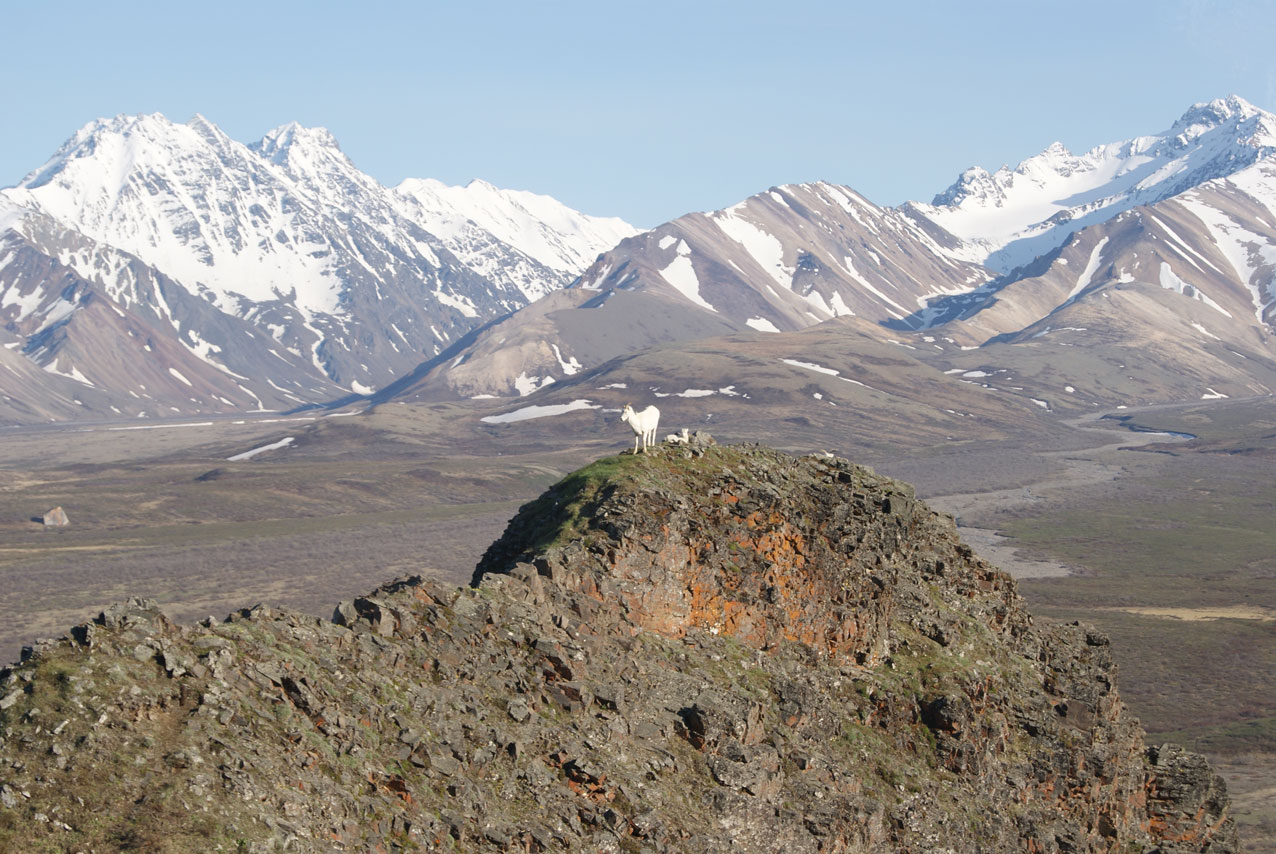 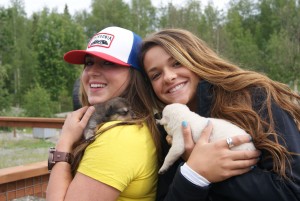 They fell in love with the puppies, but who wouldn’t??

The sled dog puppies were such a hit with my girls (wife and two of our daughters) that we participated in an optional trip to a second sled dog kennel. At each kennel, we learned quite a bit about the entire dog sled racing culture. They encouraged passengers to handle the puppies in order to help socialize and acclimate them to humans. Since a high quality Alaskan Huskie sled dog can sell for up to $5,000.00, there were several people around making sure that none of the adorable little fur bags accidently ended up in someone’s backpack. Did you know that while recreational “mushers” use whatever dogs they happen to have, Siberian Huskies, German Shepherds, etc, only the Alaskan Huskie is used in racing? Apparently, no other type of dog can be competitive in the Alaskan endurance races. 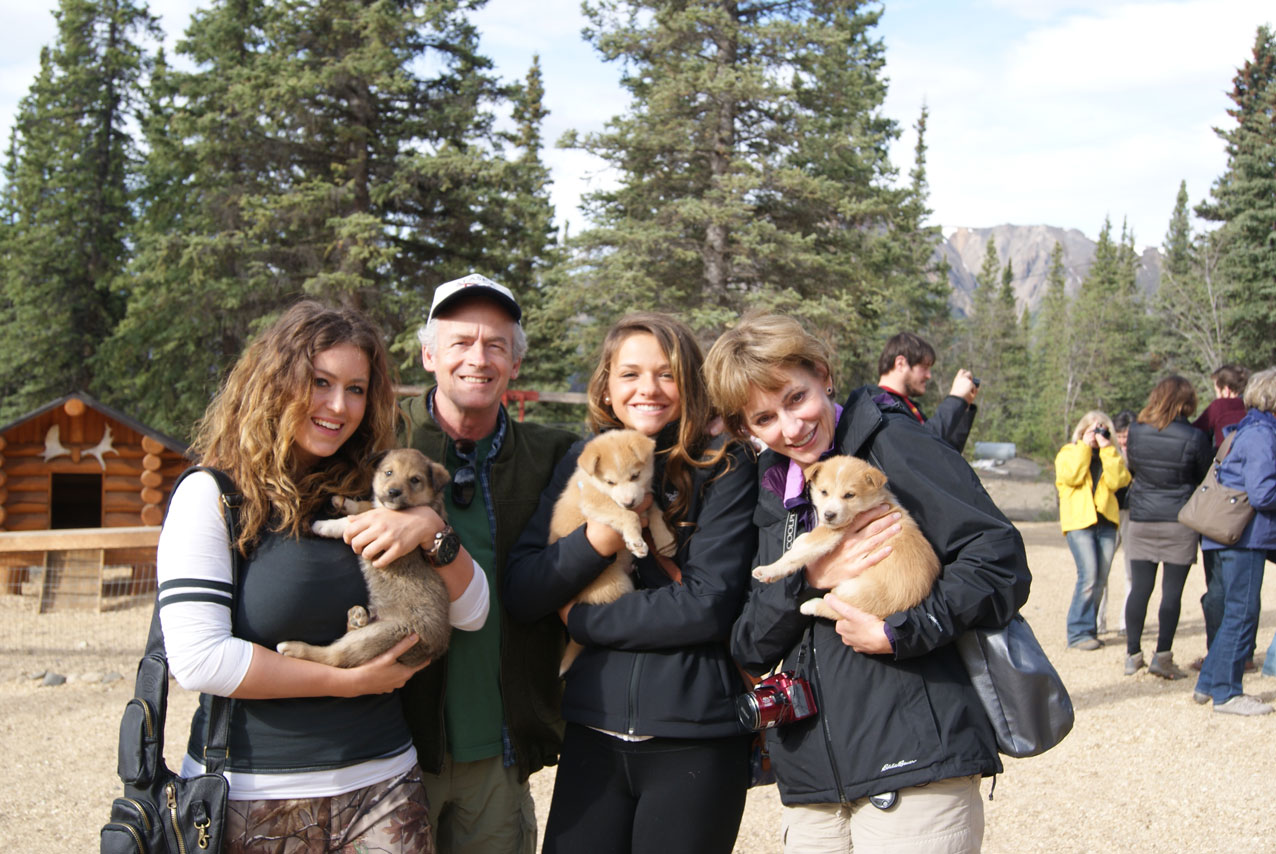 At both kennels, it was nice to see that these dogs, while bred for one thing only, and that’s racing, do not seem mistreated or abused. They appear happy and healthy. We could feel their excitement when a couple of the handlers took out the racing harness and hooked it up to an ATV. (The dogs pull the ATV with two people on it) Every dog in the place started barking and straining at their leashes, trying to attract a handlers attention so that they would be chosen to pull the ATV around the property. “Pick me! Pick me”! they all called at once. They are fed and exercised just like human athletes, and you can see how happy they are in many of the photographs that I took of them. 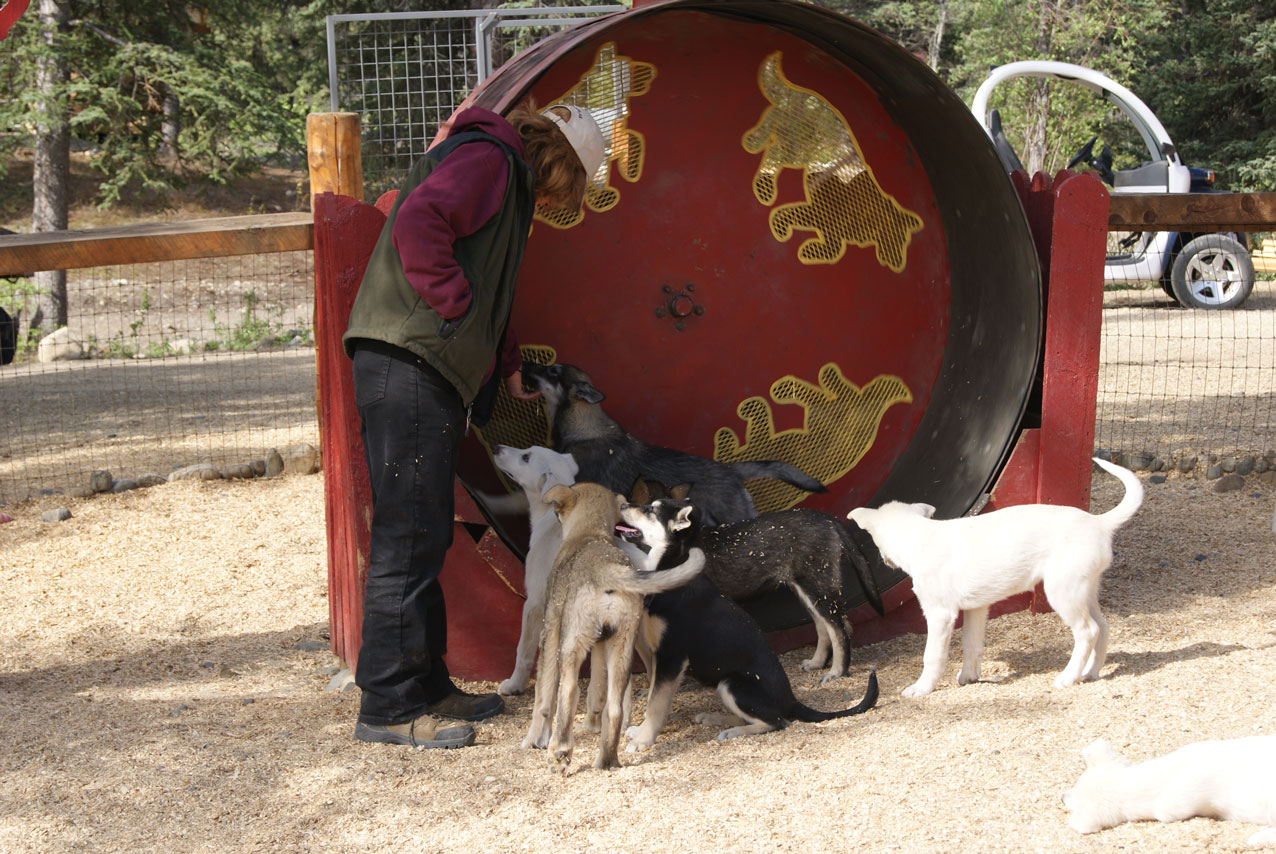 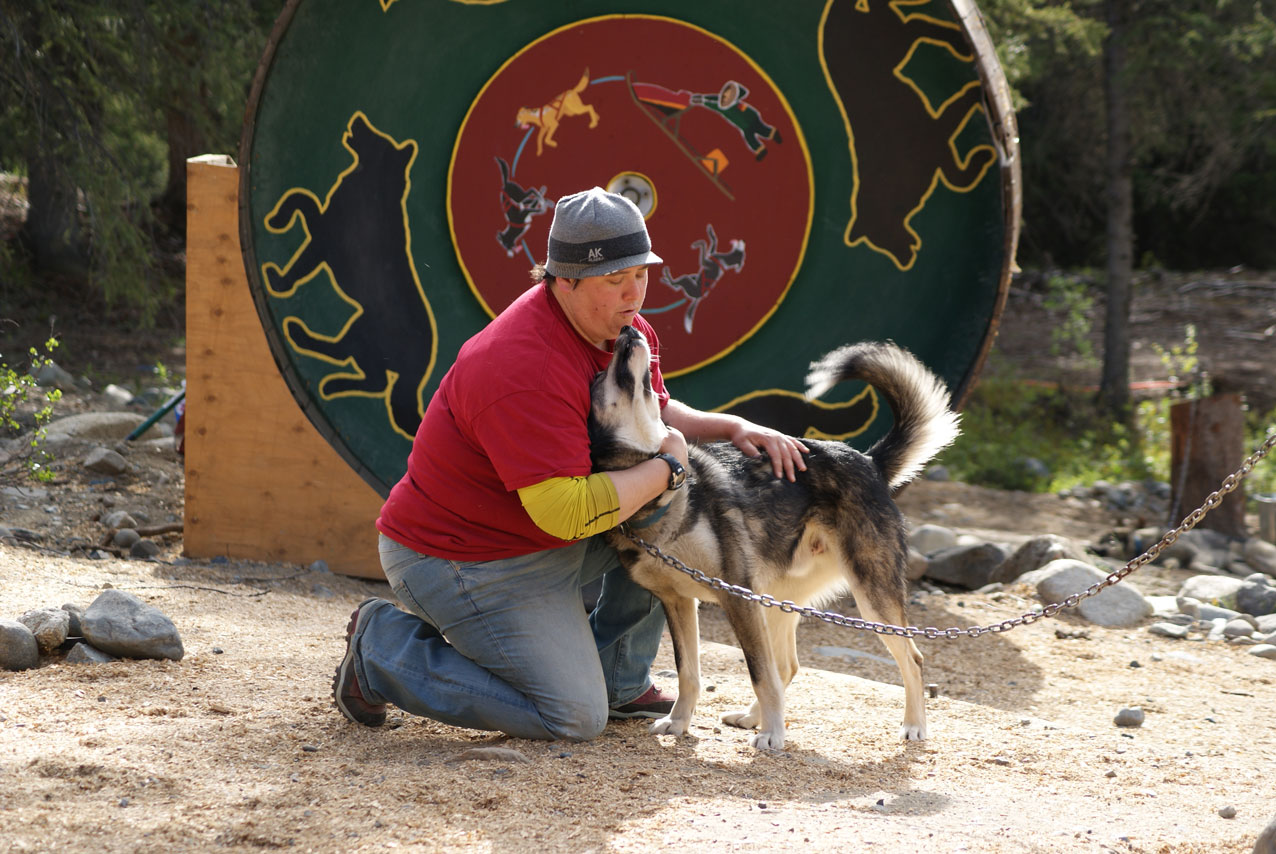 Loving on his trainer.

The boat ride from Seward out to the Kenai Fjords National Park was a bit rough at times. The crew encouraged anyone who felt ill to make for the lower deck, and “try for distance”. The boat captain kept up a running commentary over the sound system advising where to look for wildlife, certain points of interest we were passing, etc. 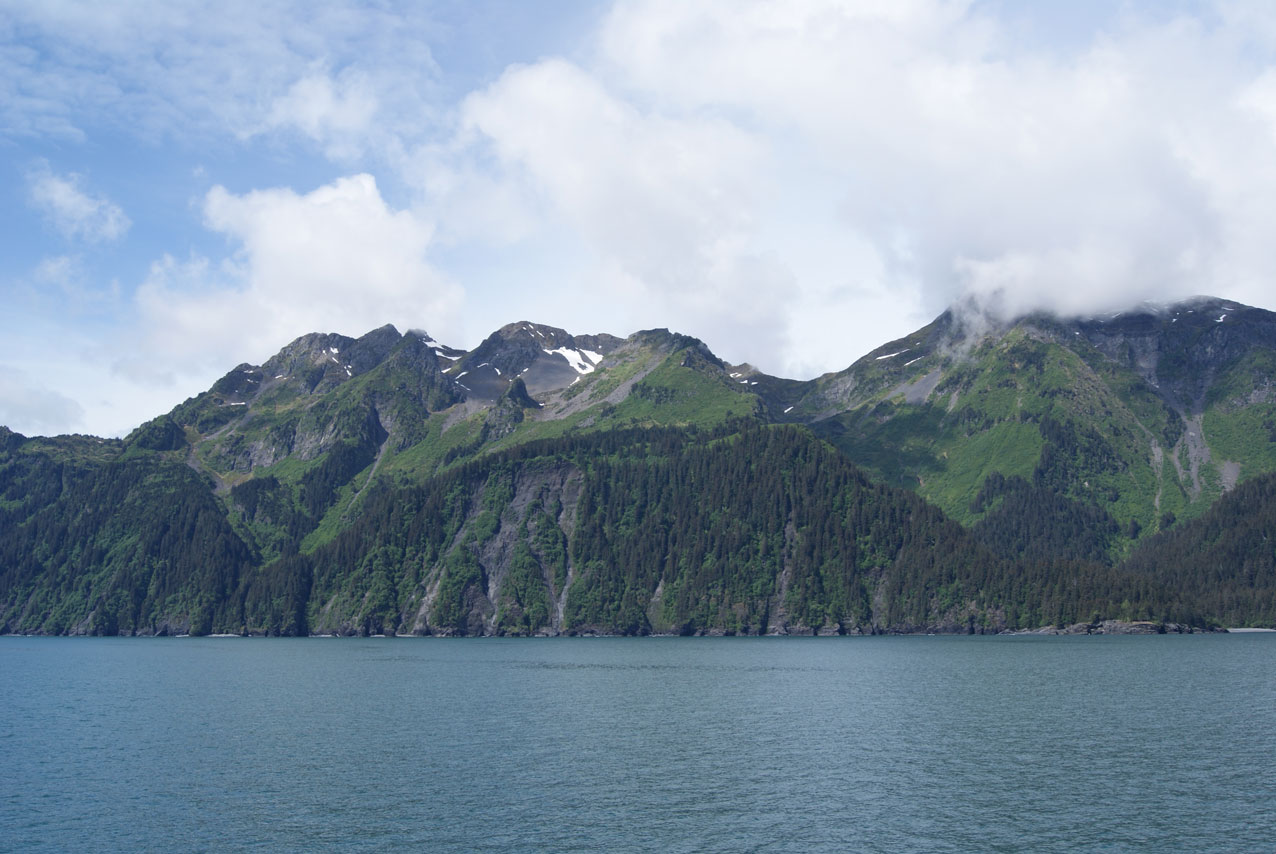 View from the boat.

Once we made it out to the glacier, we were rewarded with some of the best scenery of the tour. Did you know that you can actually smell and “feel” a glacier? We were that close. 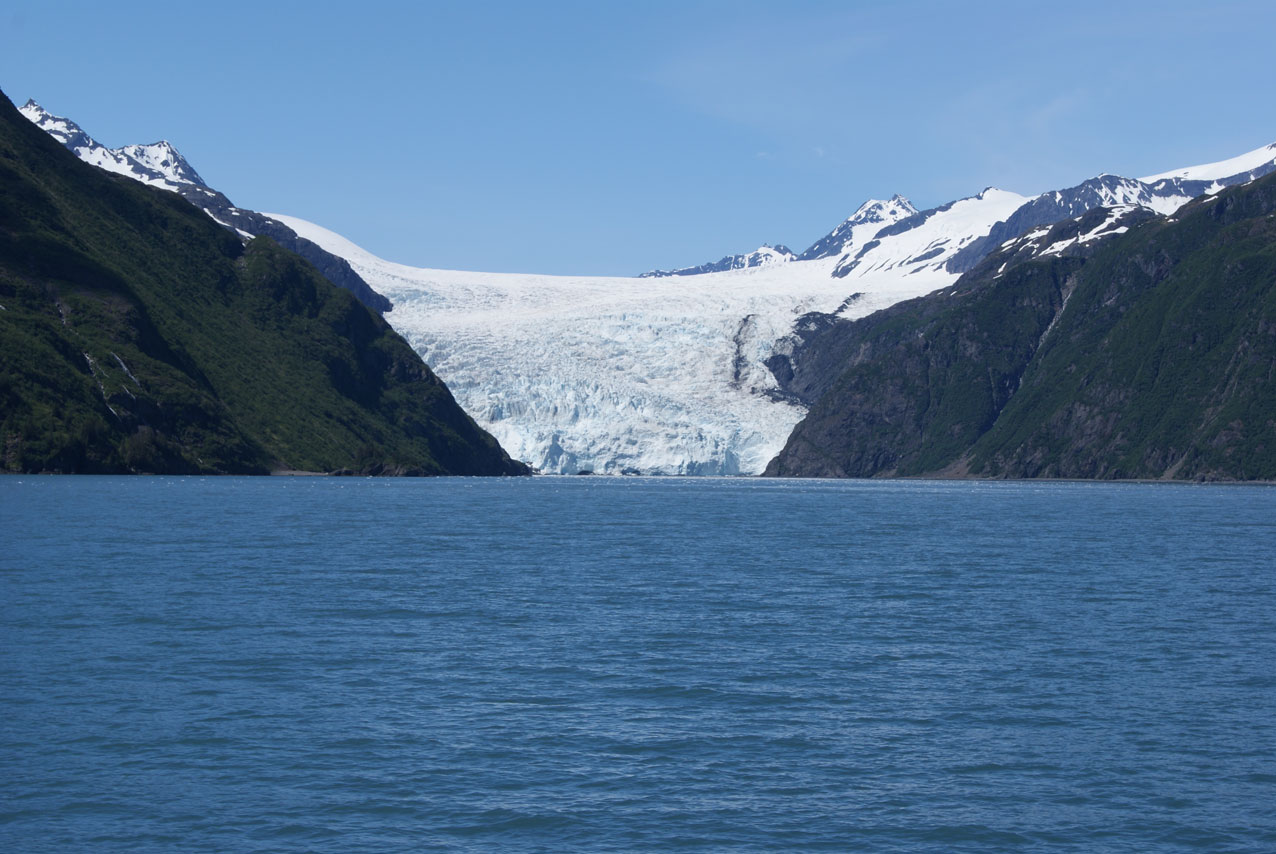 A view of the full glacier.

While we didn’t get to see a “5 story high” ice berg fall into the bay, we did see and get to photograph several trash can sized chunks as they hit the water. The boat crew snagged some of the glacier ice and used it for mixing drinks on the ride back to Seward. Also on the boat ride, we saw harbor seals, dolphins, whales, and eagles. Both Denali and Kenai Fjords were like huge zoos without fences. It was truly awesome. 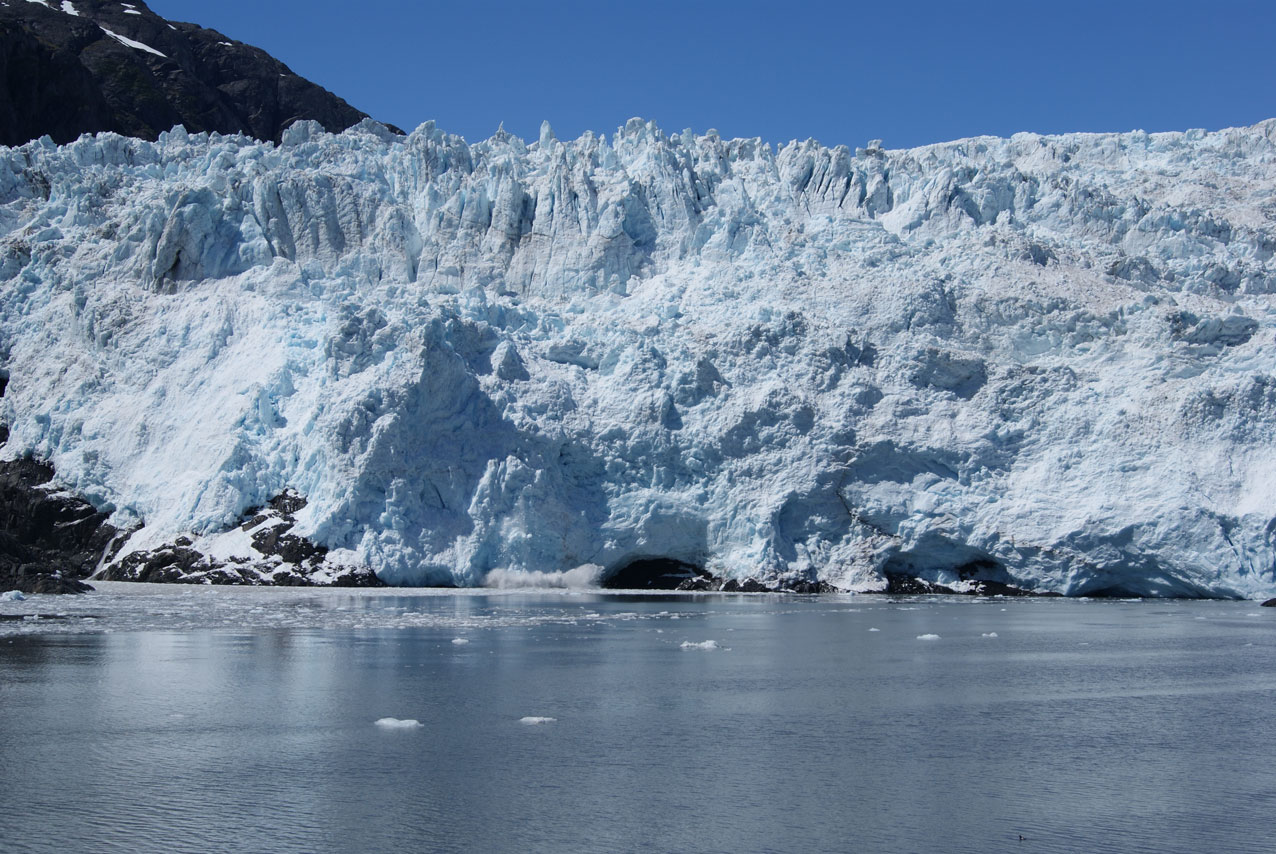 And then we got closer!

Alaska is far too big to see in one trip, but a Globus tour is a good way to get started. Next time, we won’t feel like strangers. 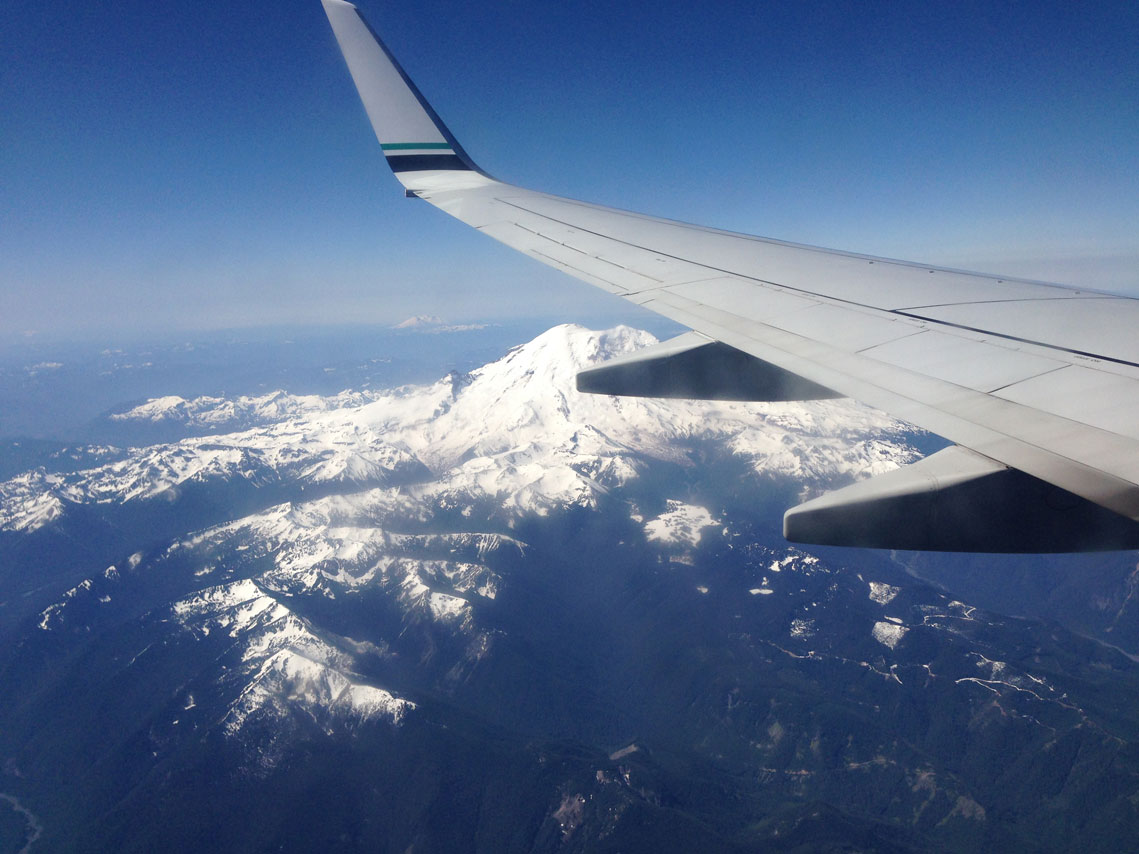 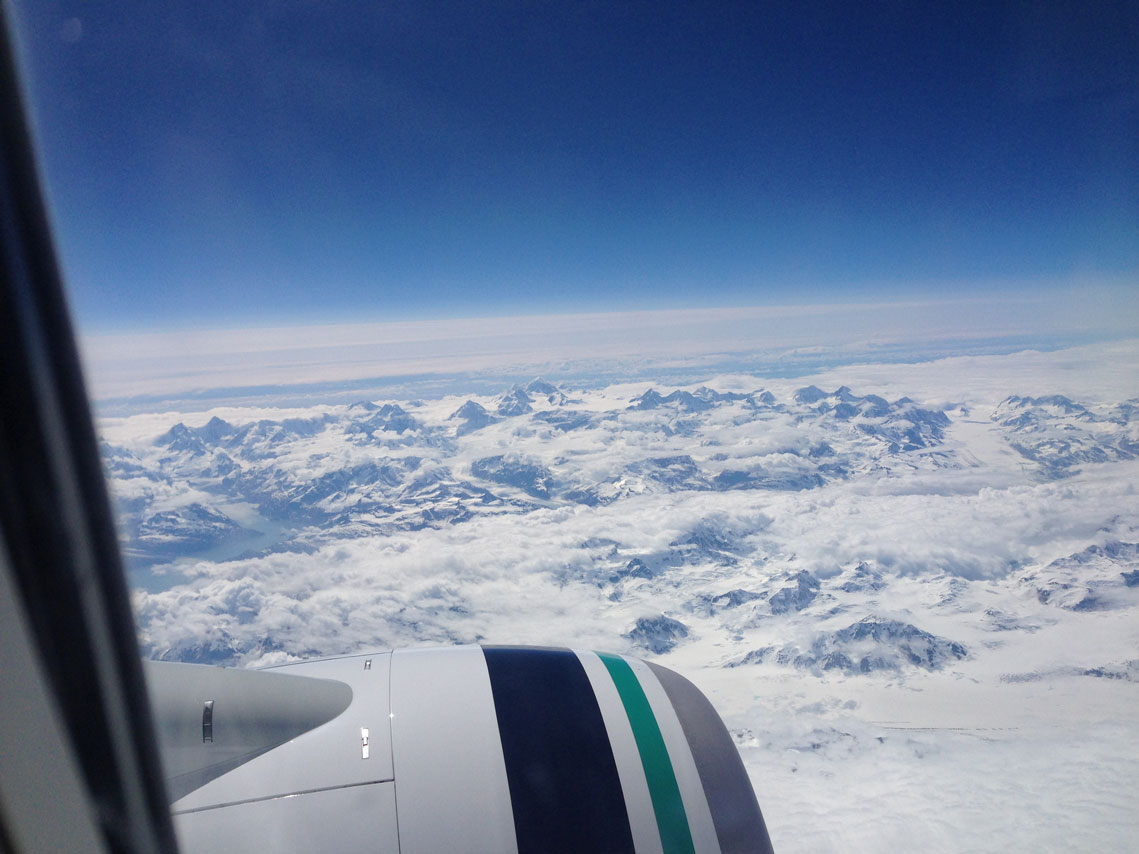 We even had some great views on the way home!