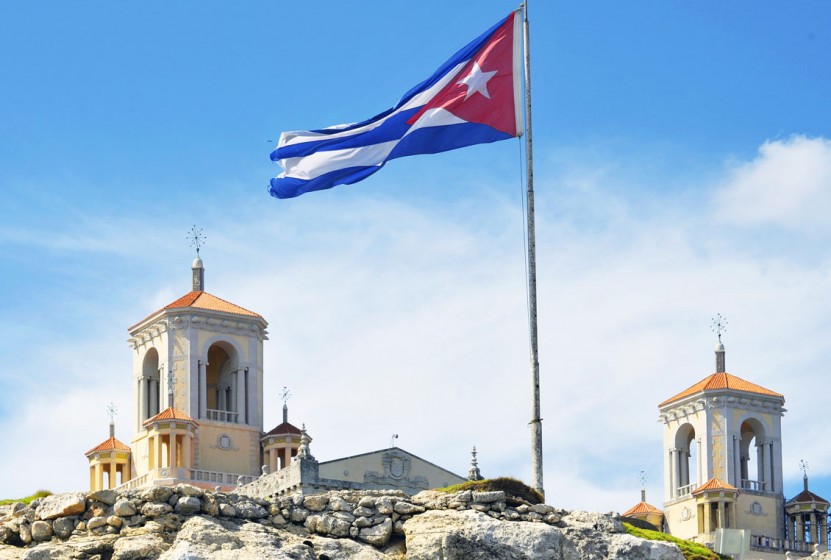 With the recent news that the U.S. is easing the travel rules with Cuba, there’s never been a better time to travel there! Globus offers three People-to-People Programs (the only legal way to travel to Cuba) where you can see the place through the eyes of the people. If you’ve ever wanted to know what it’s like to travel to Cuba, then we’ve got a story for you! Bob Black and his wife traveled to Cuba in December 2013 on Cuba’s Colonial Cities & Havana. Read his firsthand testimonial below: 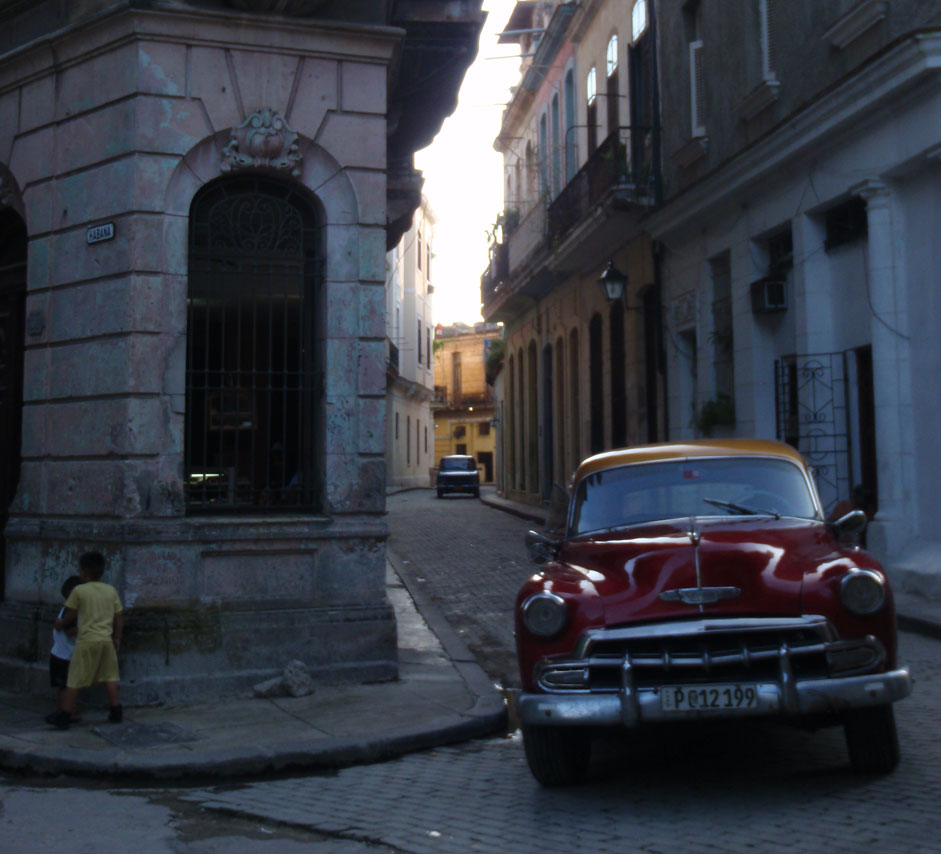 Americans are legally allowed to visit Cuba, but only traveling on a “People to People Experience”, which Globus now offers.  As required by our government, one must participate in at least 3 “meet the people”
experiences per day.  All sightseeing venues and activities were mandatory and we had to agree, in writing, before booking the tour.  So guess what… no beach time!  Cuba is a huge island and we only saw the ocean briefly and in passing.  It was a very busy journey and as expected, life changing!  We spent 7 nights total and visited 3 amazing cities.  A lot of rice and beans were served along with, chicken, lamb, fish, potatoes (which were always good), salads (which we NEVER ate) and desert.  Milk was a rarity and we had our coffee in a cereal bowl one morning when the hotel restaurant ran out of cups!  Ahhh…this is the Cuba I expected…..everything is based on supply not demand!   We got a good laugh and of course took a quick photo to “snap chat” to family members later. 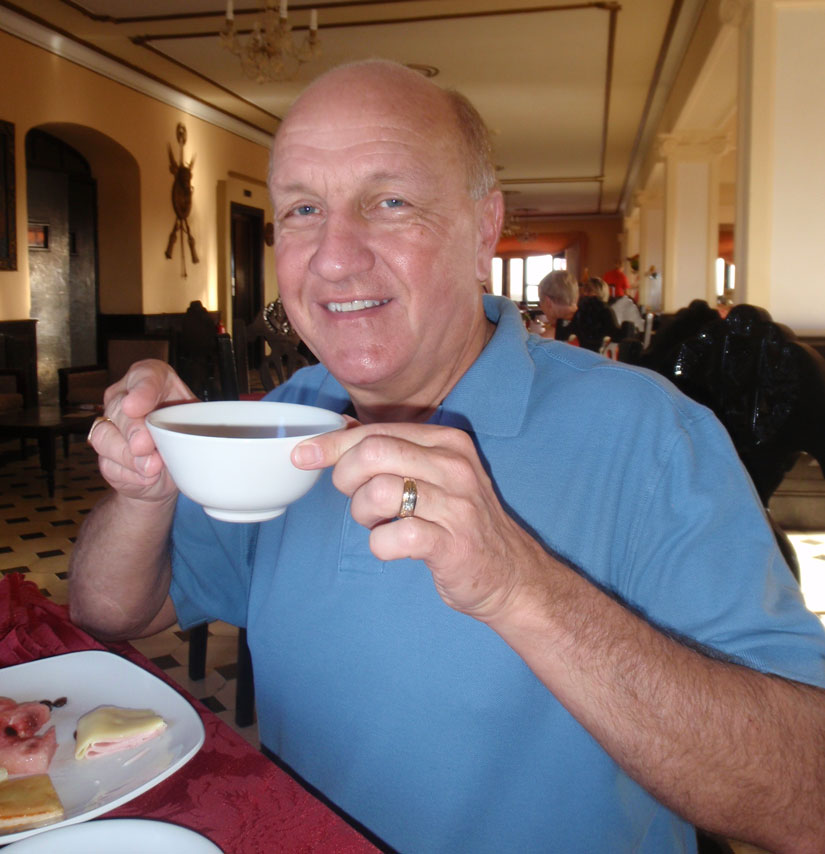 Drinking out of a cereal bowl! // Cuba

The trip begins at the Miami Marriott Airport Hotel with one night.   We went in a couple of days early for a little R&R on Miami Beach before meeting up with our 21 fellow travelers at the Airport Marriott.  The group size is limited to 24 travelers and our group had 21 ranging from 27-85 years of age.   The group members were very well traveled and our Globus Tour Director, Carlos, had each of us introduce ourselves and describe why we wanted to go to Cuba.   The vast consensus was we all wanted to see it before it gets “McDonalized” and the cruise ships begin disembarking thousands of “tourists” looking for the local Columbia Emeralds store!

Our first Cuban stay was in Camaguey which is Cuba’s third largest city.  It is known for its restored squares and offers a small city feel. During our two nights there, we met with an artist, a ballet company, attended an amazing Flamenco show and spent time at King Ranch where we watched a rodeo and visited a small (very humble) home in the village. We met a potter in his studio and learned of his craft.  The highlight of our visit was meeting with the local “American Car Association” club to view their vintage vehicles.  They were so very proud and loved showing us their beautifully restored examples of automotive history.  We were treated to a ride from our evening restaurant back to our hotel in a 1956 Chevy Bel Air!

Leaving Camaguey we drove past sugarcane fields and banana plantations on our way to Trinidad where we spent two nights. It was founded in 1514 and is the crown jewel of the colonial cities.  The cobblestone streets added charm as did the people.  Here we visited a local library, listened to a group of musicians playing salsa and rumba rhythms and had an amazing dinner at a privately owned restaurant which is now allowed.  These “Paladars” offer great ambiance, better food and service vs. the government run establishments. The highlight was the entertainment provided during dinner.  The “Cuarteto Isea” group moved my wife to tears with their soulful voices and rhythmic music and then she danced with John, the elder member of our group, being 87 years young! 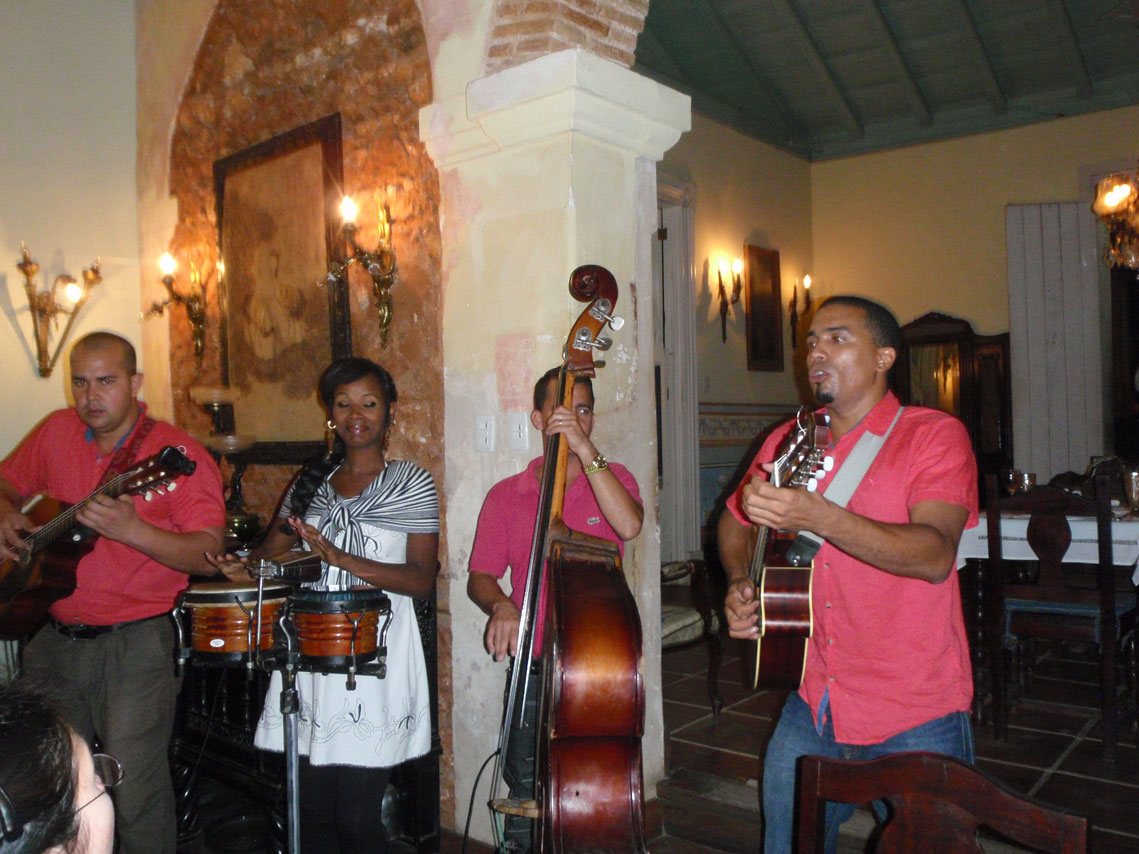 We enjoyed a day trip to Cienfuegos where we visited a cigar rolling factory.  It was hot and the workers sat side by side as they rolled their required 190 cigars per day during their 8 hour shift.  Lunch was a treat where we dined ocean front and smoked (took pictures with) our complimentary cigars…. because we couldn’t bring them home!

On the way to Havana we stopped at the Bay of Pigs Museum and viewed a 1960’s black and white film giving us a view of the invasion from their perspective…interesting to be portrayed as the aggressor.  Next stop… Havana…three nights on the North Coast fronting the Atlantic.  It is a big city with no beach, just rugged coast and a sea wall that is considered to be the world’s largest porch.  The wall is over four miles long and always filled with locals enjoying the view.  Unfortunately, the city is in disrepair.  The architecture is incredible, but most of the buildings are in need of major restoration.  I was saddened as we drove by, knowing what it once was and what this amazing city could be.  The city is large with 2.1 million people yet it is not congested with traffic as very few people can afford to own a car.  Most vehicles on the road are taxis and commercial vehicles.  Horse drawn carts and carriages are still used in all cities-big and small. One of my unexpected “meet the people” exchanges involved helping push a broken down car!  Our first evening in Havana was a treat as we enjoyed a jazz performance and then had dinner at the infamous “Hotel Nacional” where celebrities and world figures have played in years gone by. 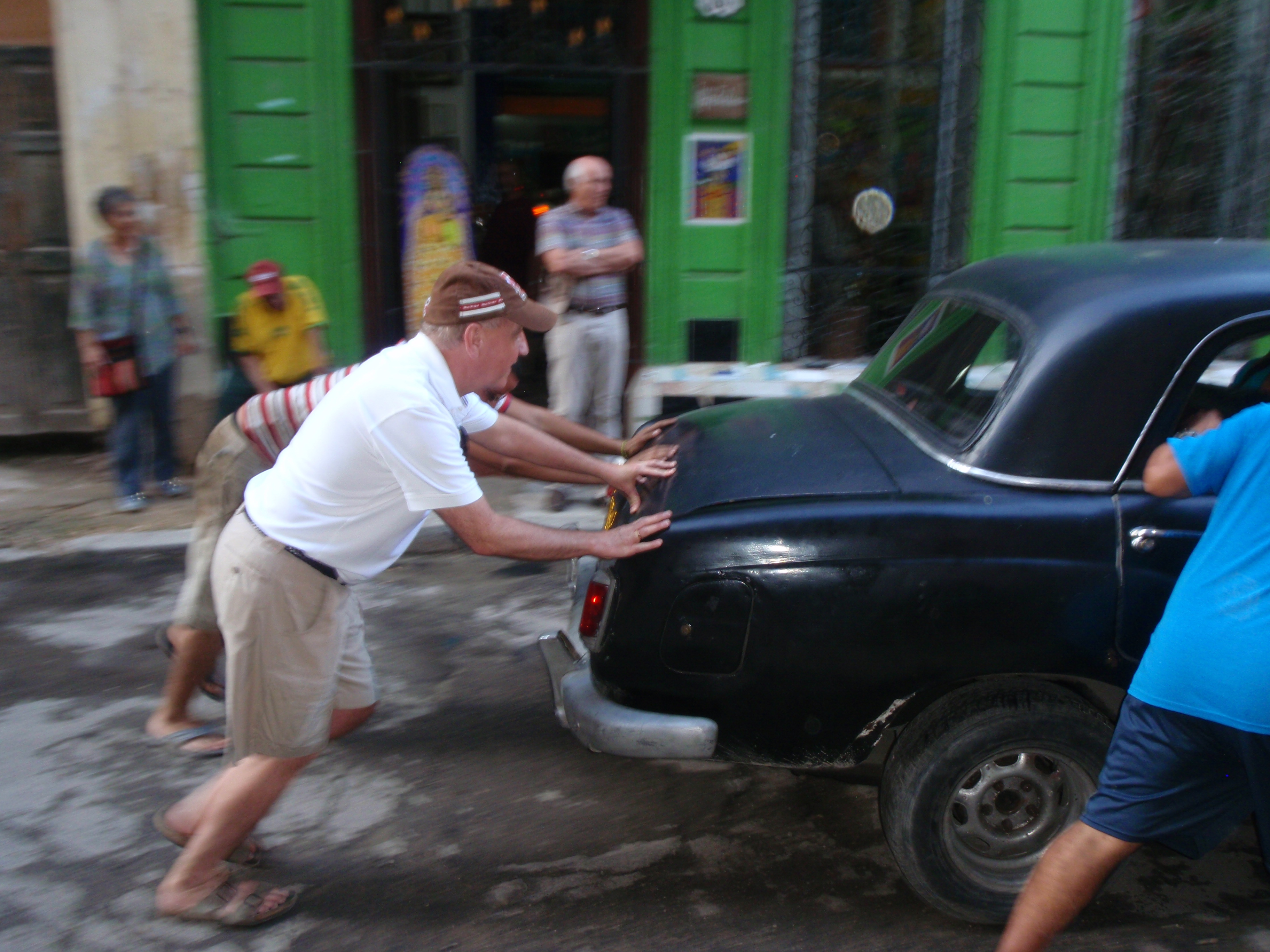 A visit to the Hemingway House (where he lived and wrote for 30 years) impressed us as did time spent at the Colon Cemetery. The decorative monuments paid tribute to celebrities, presidents and even Hemingway’s bartender!  We participated in discussions with organic farmers, numerous musicians and a former professional Cuban baseball player.   Naturally, this was the longest meeting with many questions from our baseball loving group.  A visit with a young architect was fascinating as he guided us around Old Havana on our walking tour and explained the challenges of renovation in this area which has been designated a UNESCO World Heritage Site.  All residents, and specifically our local Cuban Tour Director, were honest in sharing their struggles, needs and everyday life in Cuba.  Fortunately, it is a culture where family is cherished and enjoyed. We experienced people living under extreme difficulties, yet they continue to have a great attitude, are resourceful, and most definitely hopeful.

I would highly recommend a to visit Cuba while it is still in this “bubble”.   Once the “bubble” is burst it will not be the same.

Globus is continuing to sell this very popular 9-Day Cuba’s Charming Colonial Cities.  New for 2015 is a 9-Day Eastern Cuba’s Hidden Gems and the 17-Day Grand Cuba from Coast to Coast for those that really want to see and experience Cuba from shore-to-shore.