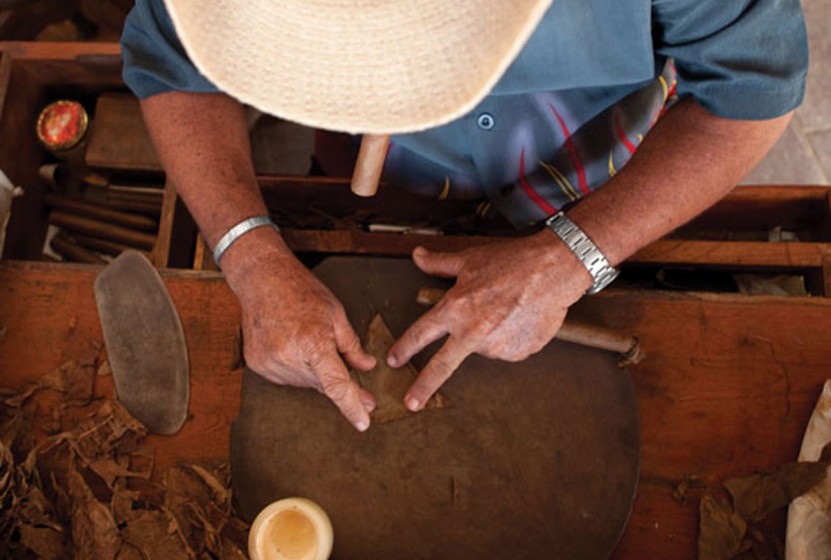 Published online by US News | By Gwendolyn Shearman

Since President Barack Obama announced that the U.S. would ease diplomatic relations with Cuba, the number of people looking to travel to the largest country in the Caribbean has steeply risen. Travel websites like Tripping.com, a vacation rental search engine, saw a 126 percent increase in searches for Cuban properties. Meanwhile, hotel search engine Trivago.com reported a 180 percent search surge since the Dec. 17 announcement.

The country already welcomes a large amount of tourism from other parts of the world, and even before the news, American interest in traveling to Cuba has steadily risen. According to data released by the Cuban government, more than 2.8 million tourists visited in 2013, about 92,000 of which were U.S. citizens. That number is up from only about 40,000 in 2008.

There are still a lot of unanswered questions about how the recent decision will affect Americans traveling in Cuba, but there are reasons to be optimistic — or even book a trip.

If you dream of soaking up the sun on a Cuban beach or exploring Havana’s distinct architecture on your own, you may have to wait a little longer. Even with the eased sanctions and the ongoing process of normalizing diplomatic relations, general travel and tourism is still prohibited. Congressional authorization is required to completely lift the tourism ban on Cuba, and it’s uncertain if that will happen in the near future.

So, can you currently travel to Cuba? The answer is yes, but only with the proper license. Here’s where it gets a little tricky: Technically, traveling to Cuba isn’t illegal, but once you’ve arrived, it is illegal to spend money without a license because of the existing embargo. To obtain a license, individuals and travel providers must prove their trip complies with the Office of Foreign Assets Control’s approved travel transactions.

If you want to explore Cuba legally, you’ll have to sign up for a “people-to-people” tour. First authorized in 2011, these trips include certain educational and religious activities.

“It’s not about mojitos, cigars and beaches,” said Steve Born, vice president of marketing for Globus family of brands, a company that operates tours to Cuba. “It’s more about the residents of Cuba and what their day-to-day life is, and the art and the history.”

Though people-to-people tours have been permitted since 2011, the recent changes announced by President Obama expand the general license for travel to facilitate more cultural exchanges with the Cuban people. Authorized trips now incorporate humanitarian work, support for the Cuban people (including human rights aid), information distribution, private foundation activities, clinics and workshops, and public performances, including athletic and other competitions.

Other aspects of the proposed eased sanctions are encouraging to U.S. travelers and are likely to be implemented when the OFAC releases new guidelines, which may take a few months.

The new regulations will allow American citizens to bring back as much as $400 worth of goods for personal use. This includes up to $100 combined worth of alcohol and tobacco products — making the highly sought-after Cuban cigars more obtainable than ever before.

“Before, the only souvenir that an American could keep after traveling to Cuba was the stamp in their passport,” said Elmer Castillo, Cuban-born owner of the tour company, In Touch with Cuba. Castillo points out that bringing back souvenirs benefits both Americans and Cubans, “They could bring back some souvenirs that are handmade by locals and that’s another way to support their civil society.”

U.S. citizens will also be able to use their debit and credit cards in Cuba.

“Prior to that you had to carry all the cash that you need, and once that was gone that was gone, so using debit cards is really nice to ease the inconvenience,” Born said.

Your best bet (and the only legal option) is to book a trip through a licensed tour operator, such as  Abercrombie & Kent, Smithsonian Journeys or Insight Cuba, among others. Tours, which can last anywhere from four days to two weeks and range in cost from about $2,000 to $6,000 per person must meet the people-to-people requirement. This is good news for those looking to soak up Cuban culture, but it doesn’t necessarily mean you’ll be spending your days lounging in a beach chair.

You should also keep in mind that if you’re looking for a luxurious experience, you won’t find it here: According to Bill Abbott, founder and president of Wilderness Travel, which offers small ship cruise tours of the island, a lot of Cuban hotels and home stays don’t offer air conditioning. “You have to be flexible and enjoy the experience for what it is,” Abbott said.

You’ll have to disconnect, too: According to information released by the White House, Cuba has one of the lowest Internet penetration rates in the world, and although new U.S. policy aims to expand telecommunications in the country, don’t expect to be picking up much Wi-Fi on your trip.

But in exchange for these modern comforts, you’ll gain an interesting perspective into Cuban culture. “Cuba definitely lives up to this idea of a quirky little island lost in time,” Abbott said. He recommends visiting the country before it becomes more modernized thanks to the influx of tourists. “There’s a feeling that things are going to change soon,” Abbott said.

Tours are highly organized, and the planned itineraries specialize in hands-on experiences and interactions with locals, such as jazz musicians or skilled artisans. Travelers’ schedules are packed with dance performances, discussions of Cuban folklore and even insight into the country’s vintage car culture.

These organized trips aim to foster conversations and create understanding about the differences and similarities between the two countries. Tour operators say the Cuban people welcome the changes and opportunities to show their heritage to U.S. citizens.

“Cuba has the potential to be the nicest touristic spot in the Caribbean because of its culture, the hospitality and mainly because of its people,” Castillo said. “The future is not only dependent on the American side, whether or not the embargo is lifted, but how the Cuban side moves forward with [its] own regulations.”

To see how to travel to Cuba with Globus, click here.

Repost 📷 by @bekkilowrance: The highlight of my

While the famous Victoria Street is always charmin

Repost 📷 by @travelingwithmj: In a state of “

Winter in Zermatt, Switzerland sure is something m

The Pantheon from above, in all its glory. We cons

We're thrilled to be back in Italy on a Globus Esc

Repost 📷 by @ytravelblog: I love seeing a city

Repost 📷 by @funseekersladiestravel: Went to an

Not only do we like to explore Parc Guell for its

These red lanterns are iconic of Japan, a shining