Did You Know? The History Behind Changing of the Guard 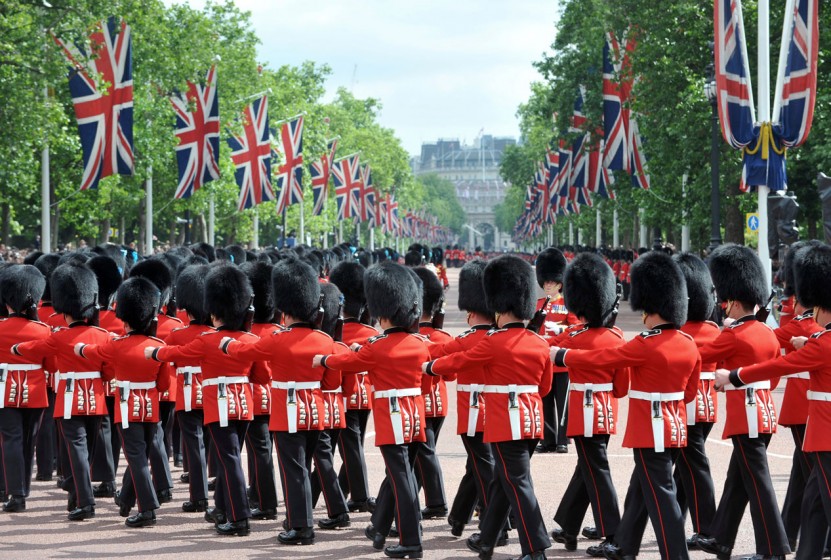 Changing of the Guard

Changing the Guard dates to Henry VII (reigned 1485-1509) and was designed to show military discipline as well as ceremony. The tall bearskin hats were introduced in the 18th century to make the soldiers look taller and, thus, more frightening; they were adopted for ceremonial use in 1832.

The ceremony we know today started in the late 1800s and involves real soldiers who fulfill all military duties, guarding the Queen being just part of their service. A mix of traditional and popular music has always been part of the ceremony, but not always loved by all. Supposedly in 1920 when the band played a piece from an operetta popular at the time, George V sent a footman with a note to the musical director saying he didn’t know what that last song was that they played, but it was never to be played again! This may be more lore than truth, because the King took ceremony seriously and may not have interrupted the proceedings for such a message, but such tales reveal how cherished the ceremony has been through the decades—and still is today. 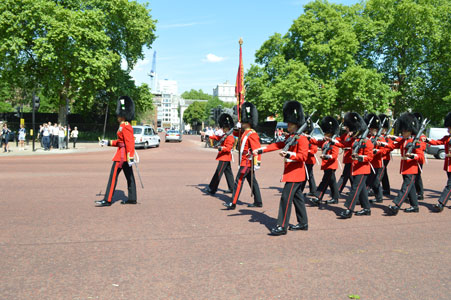 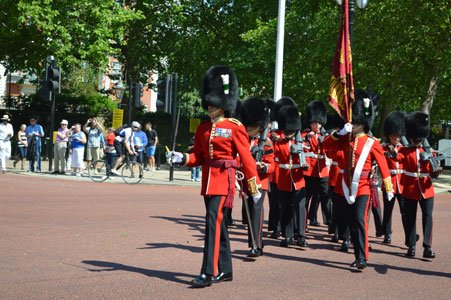